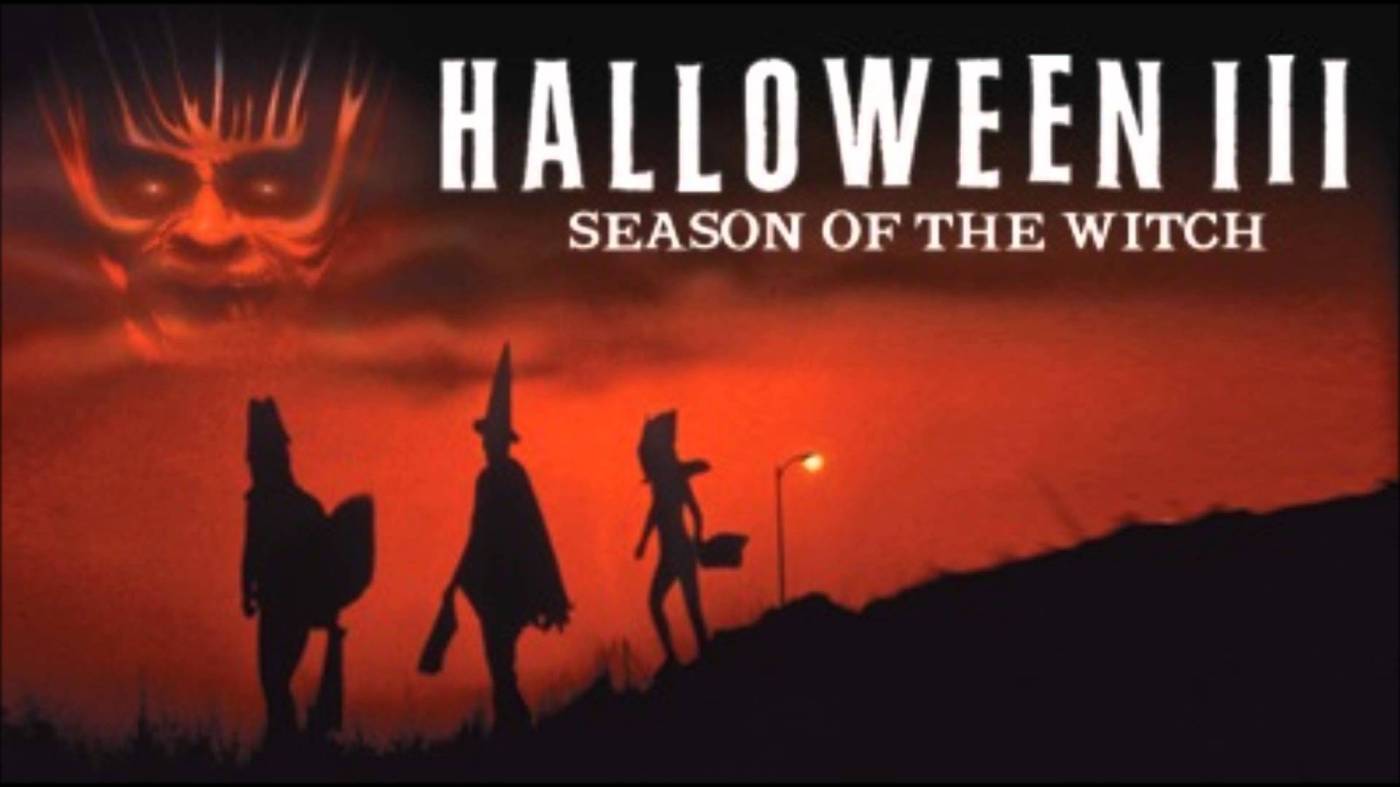 Released in 1982, “Halloween 3: Season of the Witch”, was  written/directed by Tommy Lee Wallace. Nigel Kneale wrote the original screenplay, but was unhappy when movie executives asked him to “up the violence”, so he asked that his name be uncredited, subsequently John Carpenter, who also had a part in the production, asked that his name be removed from the final draft as well. Thus Tommy Lee Wallace is the only person credited with the writing of the screenplay. With a budget of $2.5 million, the film  would go on to gross just $14.4 million at the box office, making it the financially weakest in the Halloween series at the time. With poor reviews, a weak return and backlash from the fans over the absence of Michael Myers, Season of the Witch went away quick and was forgotten even quicker. But does it deserve the animosity many felt towards it? With John Carpenter taking the helms of the new and possibly final sequel to the original Halloween, lets take a look at one of the more infamous films in the series. Here’s my review of Halloween 3: Season of the Witch.

The small town of Santa Mira, California takes Halloween serious, deadly serious. When a patient in the care of Daniel Challis (Tom Atkins) is brutally murdered and the murderer commits suicide soon after, Challis and the murdered patients daughter Ellie Grimbridge (Stacy Nelkins) travel to the small California town in search of answers, with only a child’s Jack O’ Lantern mask as a possible clue.

Upon arriving, Challis and Ellie learn of Conal Cochran (Dan O’Herlihy), the owner of Silver Shamrock Novelties, a company that produces, among other things, three immensely popular Halloween masks and that this company is solely responsible for the town’s prosperity. Challis and Ellie soon meet others who have business with the Silver Shamrock company and when one of them dies and her body taken by mysterious men in white coats, Challis and Ellie begin to suspect Cochran may have a part in the deaths. When Challis and Ellie begin to investigate the company, Ellie is kidnapped by the men in suits. Challis arrives at the mask factory in search of Ellie, where he discovers that the “men in suits’ are actually androids created by Cochran.

Cochran reveals that he is a pagan warlock and that he plans to sacrifice all the children wearing his masks on Halloween, in an effort to resurrect the ancient age of witchcraft. At 9:00pm on Halloween night a flashing image will play across all the t.v.s in town and any child wearing the mask will have their heads melt in to a pile of snakes and insects. The snakes and insects would then turn and kill anyone within their radius. Challis manages to escape and to save Ellie. Before fleeing, Challis kills Cochran and the employees and destroys the factory. As they drive away Ellie attacks Challis revealing that she is now an android, Challis decapitates her and returns to the town. Challis contacts the radio stations in a desperate attempt to get them to take the commercial off the air. The film ends with the commercial playing on a television as Challis screams into the phone and a small group of masked trick or treaters watch on silently.

Good: Whereas the original film could have taken place on any day of the year (Halloween was only tacked on so they could have an excuse to shoot the film on one night) there is no mistaking what time of year this movie takes place. There is Halloween in every nook and corner of this film, from the kids in costumes, to the decorations and it even has a nice “cold, fall” feeling to it. The soundtrack, while nowhere near as on par with the original Carpenter score, still has a nice fitting sound with the tone of the film. Atkins as always gives another great, bad ass performance and Cochrane works as a suitable antagonist. The plot, while silly, is just fun. The blend of witchcraft and technology, is really capitalized on by the cheesy effects, which always makes for a great time imo. Looks great, sounds great and is acted great.

Bad: Okay so as a sequel to the original film, its dumb. No Michael, no Laurie, no Lumis, why didn’t they just call it “Season of the Witch” and leave out Halloween in the title all together (which is exactly what the director wanted to do in the first place, but he couldn’t get the funds without putting Halloween in the title..So why not just call it “A Halloween Story”? Problem solved) but anyway, outside of not having any of the original elements of the film and using  the Halloween title as just a cash grab, there’s not much to criticize here. Ok so maybe some of the acting is a little hokey and maybe the cheap sfx aren’t for everybody and maybe the story is pretty goofy, but is all that really that bad….maybe. My biggest gripe with the film is definitely that damn song, just thinking about it will have it stuck in your head for days. Oh and why exactly did android Ellie go along with Challis at the end, when he was killing the guy that created her, only for her to attack him shortly after…that really made no sense.

Gore: Exects wanted more violence and that’s what they got, not as much as previous installments, but we still got some good gore and with it 22 dead bodies.

Final Thoughts: Season of the Witch didn’t get a great start, with the misleading title, fans were understandably confused and with their confusion came anger. The film was never given a fair shake. Fans spoke up, they didn’t want witches and magic in their Halloween, they wanted more of the same as before and that’s exactly what they got for the next two decades. An unkillable masked murderer, whose biggest foil would turn out to be a washed up rapper, sporting a kung fu kick from hell, but that’s a thought for another time. If you wanna watch an original horror film that blends technology, magic, Tom Atkins and is Halloween as F***, then definitely check this one out and take it for what it is.