Following up a somewhat “lite” horror release for the month of June on Netflix. July looks to serve up a decent mix of flicks for genre fans, with releases ranging from Vampire classics, to criminally overlooked Scifi Space Horror. Netflix is even offering up a few Originals this month. Here are the NETFLIX releases in Horror for July 2018.

-Interview with the Vampire  “The classic story of a reporter as he interviews a supposed vampire, as he recounts his life and death and the stories he attained as part of the undead.”

-Pandorum  ” Aboard a gigantic interstellar ark named the Elysium, two men awake from hyper sleep, with no recollection of who they are or where they are. Together the two men unravel the mystery of their identities and the horrors that await them aboard the vessel. 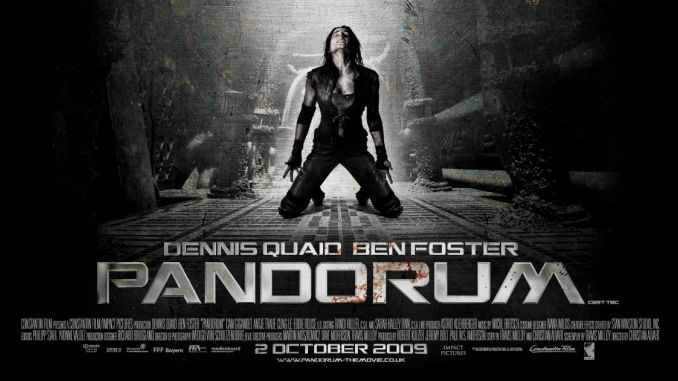 – The Voices ” Jerry, a seemingly shy, but well mannered young man, suffers from schizophrenia. One day, on the advice of his pet dog and cat, Jerry stops taking his medication, leading to a string of murders, that Jerry is not equipped to cope with.

– Van Helsing  ” When Count Dracula murders Dr. Frankenstein and steal his monster for his own nefarious plans. It is up to famed monster hunter extraordinaire Van Helsing, to travel to Transylvania and to put a stop to the evil Count’s evil deeds, once and for all.

– Scream 4 ” On the 15th anniversary of the original Woodsboro massacre, Sydney returns to her old town to promote her new book, but a new Ghostface soon makes his (or her) present’s known as the bodies once again, begin to pile up.

– How it Ends (Netflix Original) “As a massive world wide catastrophe begins to over take the Earth, a man and his father in law must traverse a growingly hostile country side, to find his wife.

– Dark Tourist (Netflix Original) ” A Docuseries that follows Dave Farrier, as he visits various odd tourist spots around the world, from Nuclear Lakes to Haunted Forests.

– Extinction (Netflix Original) ” A father has a reoccurring dream of losing his family, unfortunately for him and his family, an alien force, hellbent on the destruction of the Earth, inhabits our planet and it is up to the father, along with his unknown strength, to save his family. 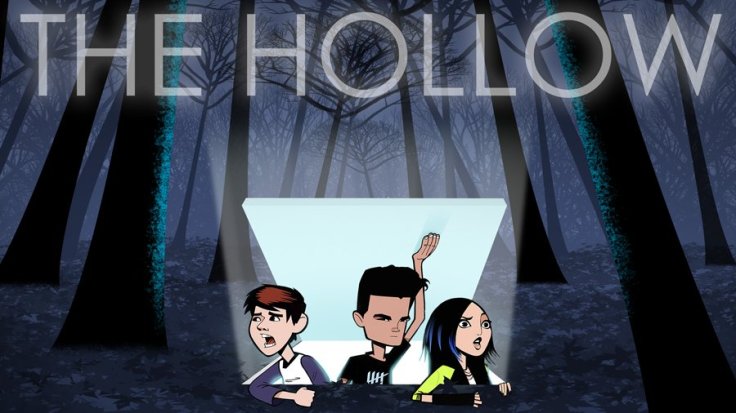 While admittedly light on horror content, Netflix did provide us with a nice little surprise in the Canadian produced animated series The Hollow. The Hollow tells the story of three teens that wake up in a large white room, with no recollection of who they are or how they got there. With only a typewriter and slips of paper in their pockets telling them their names, Kai, Adam and Mira must quickly solve the puzzle to escape the room before they are overtaken by a mysterious green gas. After escaping the room, the three teens soon discover a world filled with Hell Hounds, Witches, Zombies, Minotaur, Giant Mutant Spiders, Cyclops, Talking Trees, a Xenomorph and the Four Horseman of the Apocalypse. Along the way they are introduced to a mysterious being that can seemingly snap in and out of existence, but are unaware as to if he is friend or foe.

Many things work with the show. While presenting many elements of the Horror genre, it wraps it up neatly in a nice family friendly bow, without beating you over the head with a kid friendly atmosphere. In the same vain as a Gravity Falls or Over the Garden Wall, the writing is very nice, with genuinely funny and somewhat clever writing. We discover the world along with the characters, so it really leads to some nice character development. We really get a feel of each characters personality, while the show itself gives us very little to go on, because as stated, we are discovering this world and the characters along side each character. The music is great, it has a nice Halloween season sound to it, it feels cold, but not depressing. The animation at times is really nice to, shifting from dark blues to nice vibrant autumn colors. The characters are a lot of fun too, outside of the main cast. The sleazy wise cracking “Weirdy” or the goofball Horseman, but my favorite had to be the strong man duo of Benjamin and Benjamini.

Things weren’t perfect though. At times the animation can get a little awkward. It was done somewhat cheap, so while most of the times the animators did a nice job of fleshing out many scenes with nice shading and nice colors, some of the animation, such as the running looked a little silly. Id have to say by the end of the series my favorite character was Kai, but damn was he annoying the first few episodes. With the constant whining and Adam and Mira having to save him every ten minutes, he was really taking away from the stuff I liked about the show. I even read a few comments saying they quit after the first two episodes because of Kai, but I promise you, he gets a lot better. The first few episodes were great, but towards the latter half of the season, as we begin to unravel the mystery, some of the magic is lost. About 7 episodes in, I called the ending and by the time the end of the final episode plays, it was almost exactly as I expected, but far more disappointing.

In conclusion if you’re a fan of shows like the aforementioned Gravity Falls, Over the Garden Wall or Star and the Forces of Evil, then definitely give this show a go. Its a neat little story, with some nice characters, an interesting world and a nice score. Check it out.