You guys probably saw my write up for P.J. Starks and Eric Huskisson anthology film Volumes of Blood: Horror Stories that is available on Amazon Prime, DVD and Blu-ray. Now, if you’ve noticed on Amazon that the first ever Volumes of Blood can’t be viewed on VOD, you can somewhat find the original DVD, otherwise you could try your luck on eBay. You can head over to Scream Team Releasing to Pre-order the Re-release of the original anthology that started it all. Orders start shipping Mid-August. 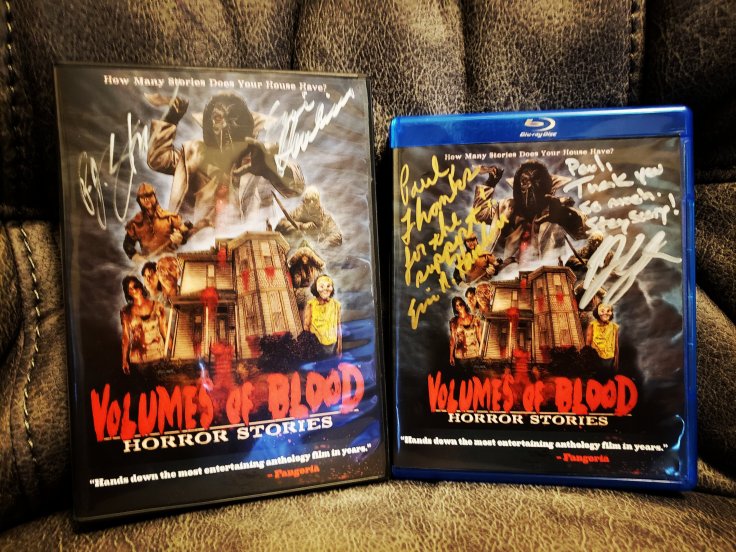 The re-release of Volumes of Blood on Blu-ray gives us more treats to digest. Starting with a reversible art slipcover, see artwork below. Features original artwork and the brand new artwork for the re-release.

The Blu-ray will feature
(BOLD is NEW, UNBOLD is OLD) 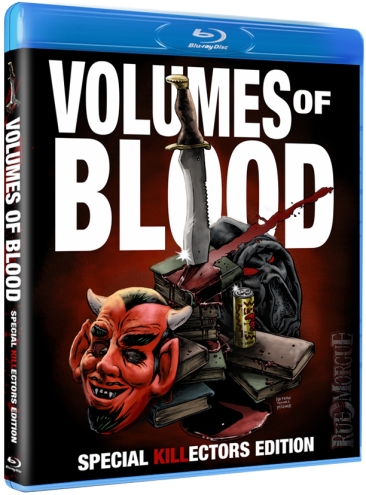 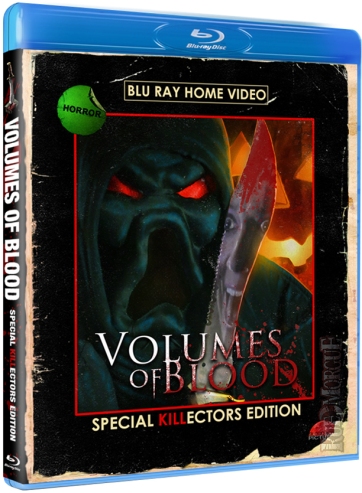 On top of this exciting release, P.J. and Eric started to prep for DEVIL’S KNIGHT: Volumes of Blood 3. Which will be the final installment for the anthology series. I know there’s a article stating from P.J. Starks mentioned “I didn’t ever think it’d turn into a trilogy.”