I am a big fan of the original by Charles Band, to the point I’ve probably seen it more times than I can even remember. Then we get a new “vision” of a classic, that maybe we’ve already have seen before? Just switch the idea around, environment, and doll.

As much as I love the original dolls, with some cool “upgrades” and “downgrades” Photo below for references. Yes I know, it’s a re-telling which I thought was a cool idea. BUT, is Puppet Master: The Littlest Reich possibly a film we’ve already seen? 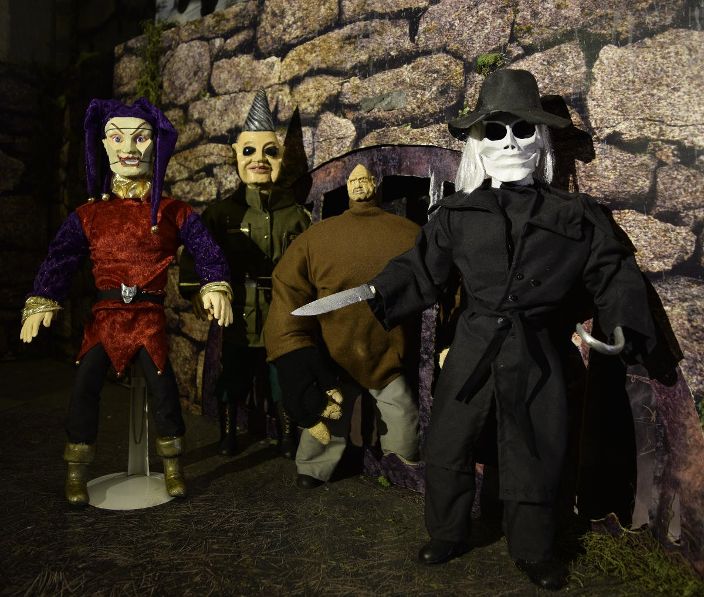 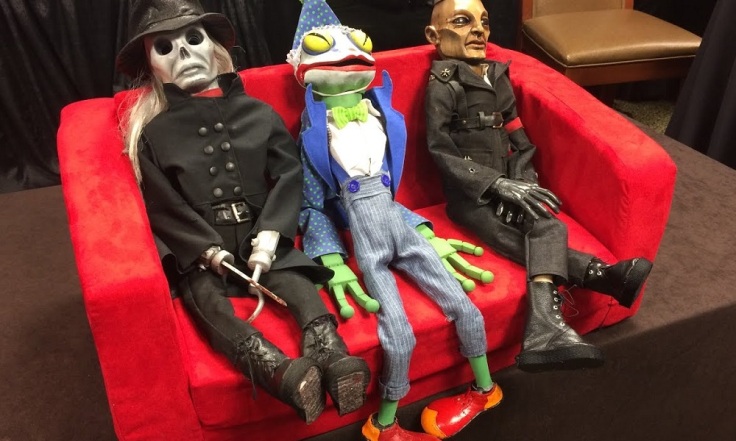 The story was a well thought out funny comedy adventure, with some crude humor and tons of blood. Which now I wanna take us back to October 2017, when Cult of Chucky came out to “Play”. Still haven’t caught on? Let’s break it down, and then let’s see if you finally catch or have to rewatch again. To help understand the numbered list let’s make it so that PM is talking Puppet Master, COC for Cult of Chucky, let’s begin.

See? It’s almost as if we are watching the same movies, but with slight differences. Kinda takes some of the fun away, but it’s still an enjoyable film. I mean right now, Amazon was offering a “weird deal” courtesy of Fangoria? I saw a quoted retweet they shared pretty much stating to “grab the deal while you can! ;)” in regards that Amazon was offering both Rent or Buy at $1. 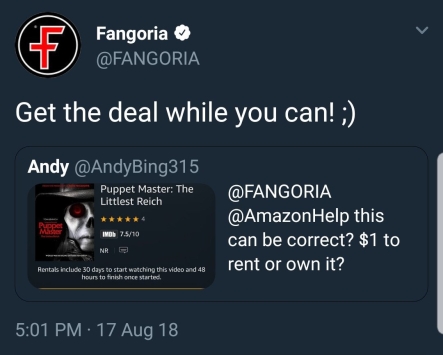 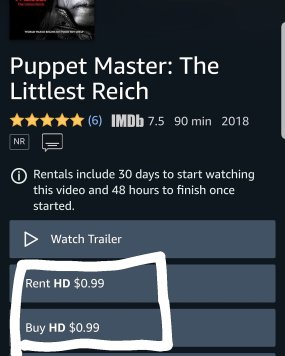 Unfortunately the deal is no longer going on as you are reading this, that’s if you’ve gotten this far. My final thoughts, as much as I liked the little back story of what happened in ’89. That leads up to the auctioning hotel and then the aftermath. Once again it seems like I was watching a sequel to Cult of Chucky but with the beloved Puppet Master dolls. Gore and good ol’ fashion bloodshed, seemed to be the main focus of the outcome. Just like we saw with the dreadful sequel to 2009’s Curse of Chucky.

Check out the trailer for Puppet Master The Littlest Reich, and Cult of Chucky and tell me this can’t be trying to one up COC? If you really enjoyed it, that’s awesome! If you haven’t seen Cult of Chucky, you should see if Netflix still has it, otherwise rent it somewhere. And if you’d like to purchase Puppet Master on Blu or DVD please click here for Amazon.

In conclusion Puppet Master: The Littlest Reich is a nice take I guess? It had some cool moments mixed with “I’ve seen this movie before…” moments, but all in all I would say check this one out when you get $7 to spare to rent, or $15 to buy and dive into a bloody good comedy hotel fun, with this re-vision look at the original classic. Out on VOD today and coming soon to DVD.

EDIT: Fixed the Amazon Deal, the $1 Rent or Buy is NO LONGER going on.