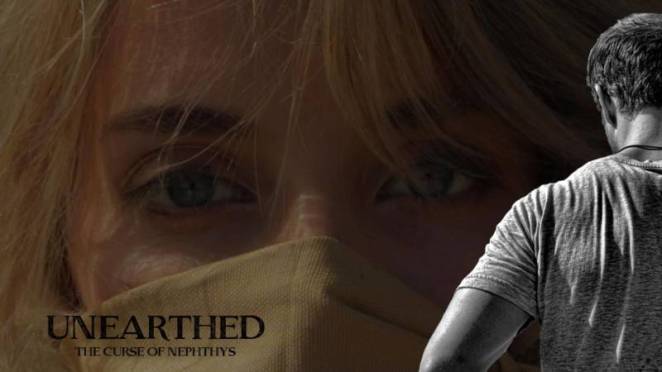 Released on December 21, 2018. Unearthed: The Curse of the Nephthys, was written and directed by Beau Yotty. Who also starred in the film along with Cat Roberts, Bill Wetherill, Emma Patricia Roberts, and others.

Synopsis: Don Slayer is tested to the extreme when he’s forced into battle with a powerful supernatural force, an ancient Goddess of Egypt.

Unearthed: The Curse of Nephthys – Trailer

This film is a throwback to the 1980’s, Don Slayer is one of those kinda dudes that maybe have the good, on there side. What makes this more interesting is the “repeated” scenes, at first I was lost with what exactly was going on within the whole thing repeating. However, upon our interview with Beau Yotty we learned what was really going on. According to Beau, Don Slayer was able to see what bad things were going to happen and prevent it.

An Ancient statue is taken, causing others to obey Nephthy. A Goddess long lived in Egypt, trying to return within the realm of the world. In order to prevent it, Don must stop those that want to summon Nephthys before it’s to late.

Although some audio seemed to be a bit lower than the rest of the film as a whole, it still gives a nice nod to the 1980’s. While some of the editing, may have been cut possibly to soon, which caused some scenes to have a little bit of ark word silence before the dialog kicks in. However I looked passed that, but like I was mentioning, some audio definitely seemed lower than other parts. Subtitles, since I am part deaf seemed to be a little off but it didn’t take me away from it.

My final thoughts, Unearthed: the Curse of Nephthys is about 75 minutes of a hero, trying to prevent the most dangerous woman in Egypt from being brought back into our world. It acts a little silly, but it’s nothing more but a cool ride. The repeated scenes may not seem right or making sense, but no matter what, Don Slayer will prevent the bad things from happening.

Watch Unearthed: The Curse of Nephthys on Amazon.