Lightbeam Productions the makers behind “The House of Screaming Death” is teaming up with Pat The Bull Films and many other production companies to make a short film called Snarl.

Synopsis of SNARL: “England. 1934. A young man, Elijah, has been captured and accused of being a werewolf by Clyde, a self famed bounty hunter from a nearby village. As Elijah is brutally tortured in a vain attempt to get him to confess, he suddenly finds himself secretly released by two villagers, Faye and her younger brother Benjamin, who believe he is innocent. As they attempt to help the young man flee through the woods, all the while pursued by the maniacal Clyde, the night time forest suddenly reveals that some legends are not myth at all.”

SNARL starts filming in early 2019 with a release planned for later in the year.

Cast so far includes Jay Podmore (coming off working on Sustain with
the team as the villainous Chad Canton) as Elijah, who is wrongly suspected of
being a werewolf, as well as Charlie Clarke (and who was part of House of
Screaming Death, GRID, Best Friends Forever and the upcoming You Are My
Sunshine), who plays the resourceful Faye, while Jack Knight (You Are My
Sunshine, BRINK, Teggie), plays her younger more fearful brother, Benjamin. Troy
Dennison rounds them off in the last principal role of Clyde who completes the casting. 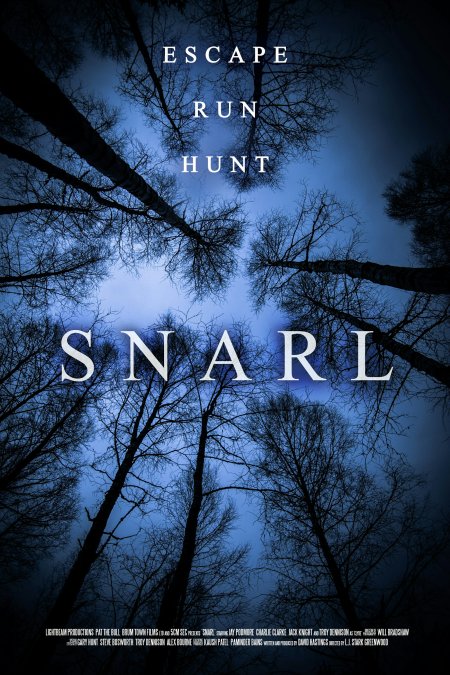 I’m so excited to see what Snarl has to offer. I was always into werewolfs and seeing how different producers created this ancient being and I’d like to see how Lightbeam Productions create this one.