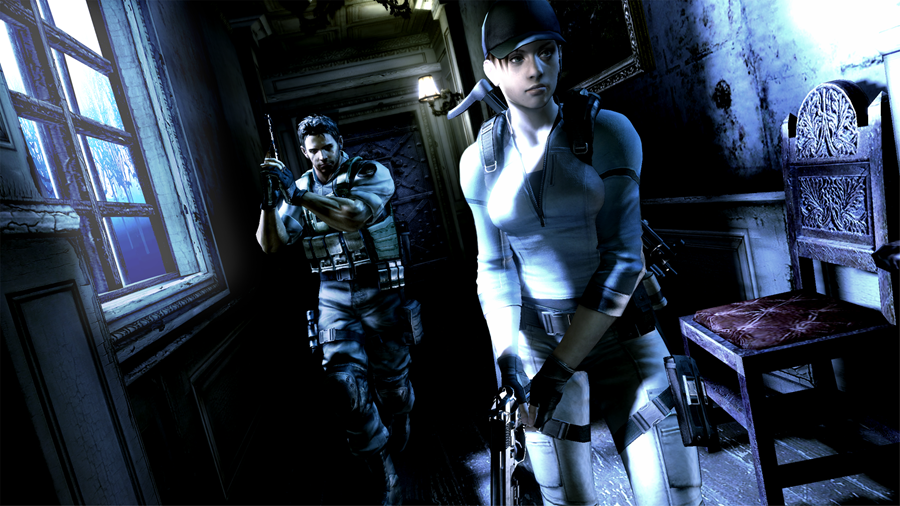 The Resident Evil 5 game has just celebrated its 10th anniversary. The event is significant due to the revival of Resident Evil series in the recent times, thanks to Resident Evil 7 and the latest one, Resident Evil 2 Remake. Here’s a review of it and a brief discussion about its identity as a Resident Evil game.

Commercially successful yet despised by many fans of the classic Resident Evil games, now the game seems to receive much more favorable comments on social media which could be because of nostalgia or perhaps, because it was indeed a good co-op gaming experience.

If you look at the RE games carefully, Capcom Developers seem to be listening to the fans and not just the sales. Especially the recent games show us that Capcom does listen to its fans and even asks them for feedback (Resident Evil 2 Remake survey, and announcement that they will make Resident Evil 3 Remake if enough fans want Resident Evil 3 to have a remake).

So, was Resident Evil 5 really for the fans?

What it actually got right was the fantastic return of Chris Redfield and giving his personality charisma (voice acting and style). Another good thing was the well implemented co-op system which provided a polished gameplay experience with a friend or even with a random. It felt like Resident Evil 4 (RE4) with co-op gameplay. I always remembered a particular survival scenario Leon had with Luis in a setting that was truly panic-inducing, if not frightening. The enemies of Resident Evil 5 were great versions of Resident Evil 4 and the additions were nice surprises. The return of fan favorite characters in the story mode as well as in the Mercenaries Reunion was well received. The graphics were photo-realistic and the game was a nice demonstration of graphics capabilities for any PS3 and Xbox 360 owner at that time.

Now, what could have been better?

Well, considering Resident Evil 5 was more action oriented, we can say that it was more survival action than survival horror. While classic RE games were ‘survival horror’ due to the isolation, scarcity of resources, hidden dangers due to cinematic camera, requirement of quick decision making and creepy atmosphere.  RE4 was ‘survival action horror’ because while the scarcity of resources and hidden dangers were removed, we still had somewhat eerie atmospheric music and setting. The decision making was also required to be quick. The isolation was there as we played as Leon who went into a secret solo mission with only telephonic conversations with Govt. and even when you meet Ashley, it’s stressful to keep both- Leon and Ashley alive. The horror in RE4 comes from the atmosphere. Despite RE5’s daylight, Majinis (RE5’s infected humanoid zombies) do make you panic and the very first encounters with chainsaw Majini and Executioner were frightening but the co-op does make you feel less stressed about the enemies and more stressed about computer partner wasting ammo and health items. With a human partner, we did have some incidents where we felt stressed and worried about our survival due to the difficulty setting, low ammo or the overwhelming enemies. RE5 felt more like an enjoyable vacation with a friend than a frightening place to escape without dying. The professional difficulty does bring survival aspect but it was more like an annoyance when I was in the dying state that frightened. RE5 tried to be RE4 with co-op but perhaps, the fear factor was not equal to the RE4

If RE5 was made as a single-player only game with Sheva or Josh (To avoid controversy) then the game’s survival aspect would have improved a lot but we wouldn’t be able to see a revolutionary co-op horror game like RE5. The A.I. (Artificial Intelligence) partner if doesn’t do anything becomes annoyance to players (like Ashley in RE4) and if a partner does too much unnecessarily then it’s still an annoyance (Wasting ammo and health in RE5). So, creating a universally acceptable horror game is a very tough job. RE5 tried its best and succeeded but at the cost of being labeled as action game. Now, with RE2 Remake, the series is back on track when it comes to atmosphere and isolation which is brought by Resident Evil 4 and Resident Evil 1 Remake (minus the cinematic camera).

Despite all the flaws, RE5’s music, graphics, atmosphere is very suitable for the setting. The game is very enjoyable and at some points, do make you jump when playing for the first time. With a friend, it’s pretty fun. Mercenaries and the competitive modes add a bit of an arcade feel to the game too.

So, if you haven’t played Resident Evil 5 yet, you should definitely play it not only for the story and co-op but also to experience a unique Resident Evil title set in Africa, which was one of the biggest and best games released back in 2009.  It’s one of the most important milestones in Resident Evil series’ journey to what it is now and thus, shouldn’t be missed.

Thank you so much for reading this! For more news, reviews, discussions etc. about horror games and movies like this, please support EHPodcasts by sharing this post, liking our Facebook page , subscribing to our YouTube channel and listening to our podcasts, now on many platforms given below:

KEEP UP WITH THE PODCAST
Please Bookmark our site or Set as your Home Page:– http://ehpodcasts.com
Please Donate via PayPal to help the noble cause of promoting horror genre & indie horror creators:- http://paypal.me/ehpodcasts

Bonus: Me discussing RE5 online competitive modes in 2019:-