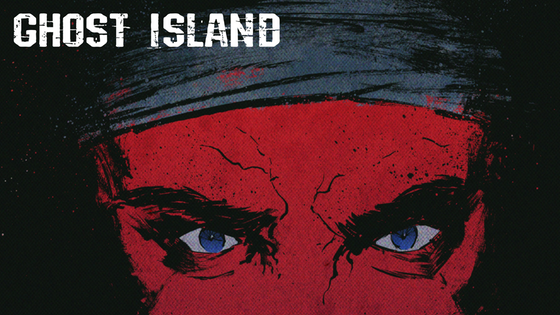 If you haven’t read my first Issue Review of Ghost Island, Click Here.

From the start of Issue #2, Crossing Over. We learn that Josh was doing so well with funds from Seances, that he was able to afford a house with his wife Jen. However it was soon interrupted by the father of now the missing son, asking Josh if his boy was with him. The father then tried asking Josh to try using his physic powers to locate the boy, but as we should know with mediums, it can’t be done unless there dead.

At this point we discover some names, Lance is the drunken sailor. And Mason, father of the missing boy. Mason accuses Lance for taking his boy away, since the boat trip where Lance wasn’t to fond of the kid. But, the host breaks it up and offers Mason a drink while chatting.

Finally, both Lance and the host get ready to bring everyone to start there day one assignments. By bringing them to the Ghost Island soon to be Park, which I’m assuming is the abandoned run down Asylum.

Precautions were made for Josh, when this interesting possibly evil entity was talking through a photo on the old Asylum. Thoroughly explaining that the old electric chair was the precaution. We also learn that Mason, at one point was a alcoholic but sobered up six years prior, but that doesn’t seem to stop Mason from the stress and anxiety now from his missing son. To opening up the hold of a secret kept from the son, named Billy, about the passing of his mother who was named, Eve.

The Seance begins, Josh made contact with a Geoffrey Richards. Geoffrey was a man, who seemed to love his job and his wife. However, Geoffrey made sure that dinner was served to celebrate there fifth anniversary.

Geoffrey was a strong spirit, gripping hold onto Charles, the Priest. And almost killing him, but then the male Reporter got a privilege, or should I say sense to knock Evans out.

Crossing Over takes the atmosphere and cranks all the supernatural levels up a notch. While it seems weaknesses are starting to show on people within this Island, I mean Lance was a sober man. If it wasn’t for the host then Lance, probably wouldn’t have starting pound down that liquor bottle. Maybe some of the spirits wouldn’t be so evil if there life was just another normal day, however it all leads into the finale of Issue 2.

Because we don't do recordings atm. We noticed #NoEscapeRoom from MarVista Entertainment is #3 on #Netflix.
NEW PROJECT: I'm excited to announce and show off the cover for our next 24 page one-shot THE SOCK HOP KILLER. Coming Soon. Written by Paul Dulski from the concept and interior sequential pages by me, David Whalen. This dark & gruesome story is our love letter to anyone who has ever been a fan of the horror/slasher genre. Hope you enjoy this preview.