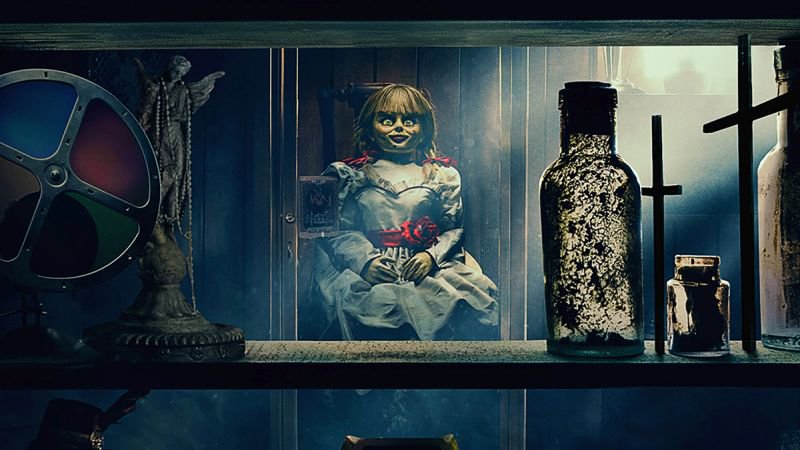 A few hours ago, Warner Bros. Pictures YouTube Channel has released the trailer for “Annabelle Comes Home” is the third installment of New Line Cinema’s hugely successful “Annabelle” films starring the infamous sinister doll from the “Conjuring” universe. This Trailer shows some interesting insights on the story, familiar characters and a chilling new story. The movie is releasing in theaters on June 28th, 2019. Watch the Official Trailer here:-

Warner Bros. Pictures has provided the following information about this upcoming movie:-

Determined to keep Annabelle from wreaking more havoc, demonologists Ed and Lorraine Warren bring the possessed doll to the locked artifacts room in their home, placing her “safely” behind sacred glass and enlisting a priest’s holy blessing. But an unholy night of horror awaits as Annabelle awakens the evil spirits in the room, who all set their sights on a new target—the Warrens’ ten-year-old daughter, Judy, and her friends.

New Line Cinema presents, an Atomic Monster/Peter Safran Production, “Annabelle Comes Home.” The film is set to open in theatres and IMAX on June 28, 2019 and will be distributed by Warner Bros. Pictures.

Keep yourself updated with this movie’s news by

Thank you so much for reading this! For more news about horror movies, shows and games, please support EHPodcasts by sharing this post, liking our Facebook page , following us on Twitter, subscribing to our YouTube channel and listening to our podcasts, now on many platforms given below:

KEEP UP WITH THE PODCAST
Please Bookmark our site or Set as your Home Page:– http://ehpodcasts.com
Please Donate via PayPal to help the noble cause of promoting horror genre & indie horror creators:- http://paypal.me/ehpodcasts