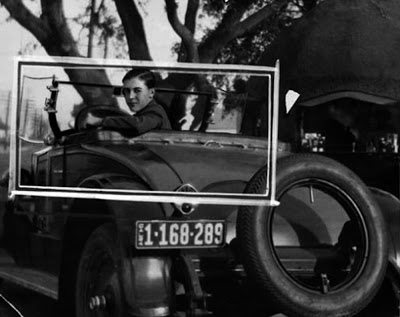 There is so much buzz surrounding the Wineville Chicken Coop Murders, due to the recent release of “Changeling“.

I first heard about this part of my local history from my oldest friend.  We were transplants into the area from Los Angeles originally, so we didn’t know the area too well.  She came home from school one day and said that the area we lived in at the time used to be called Wineville.  What a cool name for a city or area – Wineville.  Then she told me why it was changed and I have been fascinated by the subject ever since.

Let’s take a look at them…

The story in a nutshell:  In September 1928, the LAPD descended upon the Northcott Ranch in what is present-day Mira Loma (now officially part of Jurupa Valley), to investigate a tip on a missing boy.  They did discover the missing boy, Sanford Clark, at the ranch, and began to uncover information on the disappearances of many other boys.

Sanford Clark, 15, who asserted four boys were slain on a “murder farm” by Gordon Stewart Northcott, 24. 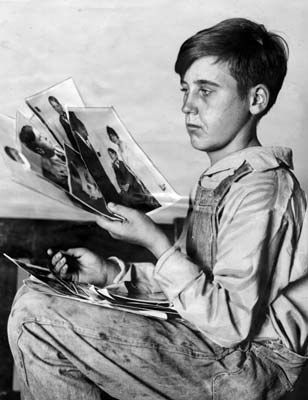 He is shown looking over photos of missing boys. He claimed Walter Collins was a victim and picked his photo out of 30 but could not identify a boy found and returned as Walter Collins.

Clark was the nephew of Gordon Stewart Northcott, the owner of a chicken farm, who had kept Clark at the farm and abused him and threatened to kill him if he ran away.  Clark told the police that his uncle had kidnapped several other boys and led them to graves on the farm.  Eventually, Northcott was arrested (in Canada) and tried and found guilty in a Riverside County court.  He was sentenced to death and hung October 2, 1929.

During the trial, it was discovered that Northcott’s mother, Sarah Louise Northcott, was rumored to be his grandmother and he was actually the result of incest between his grandmother’s husband and her daughter.  Louise also admitted to killing Walter Collins, one of the victims, but later recanted her confession.

Walter Collins and his mother Christine Collins are the subject of the moving “Changeling”, starring Angelia Jolie.  Another remarkable story in itself.  Walter was reported missing and was thought to be a victim of Northcott, but his body was never found.  Because of this, his mother believed he was still alive.  When a boy from Illinois, Arthur Hutchens, claimed to be Walter Collins in order to get a free trip to California, his story was believed, the case closed and he was “returned” to his mother.  Christine Collins claimed he was not her child and was placed in an LA General Hospital psych ward until Hutchens admitted he lied.  Collins never stopped looking for her son.

Here are some links so you can read about it on your own:

The Boy Who Vanished – And His Imposter [L.A. Times]

Book released November 2009 on Sanford Clark.  Order from Amazon: The Road Out of Hell: Sanford Clark and the True Story of the Wineville Murders

And another book released September 2008 on Gordon Northcott – Order from Amazon: Nothing is Strange with You: The Life and Crimes of Gordon Stewart Northcott