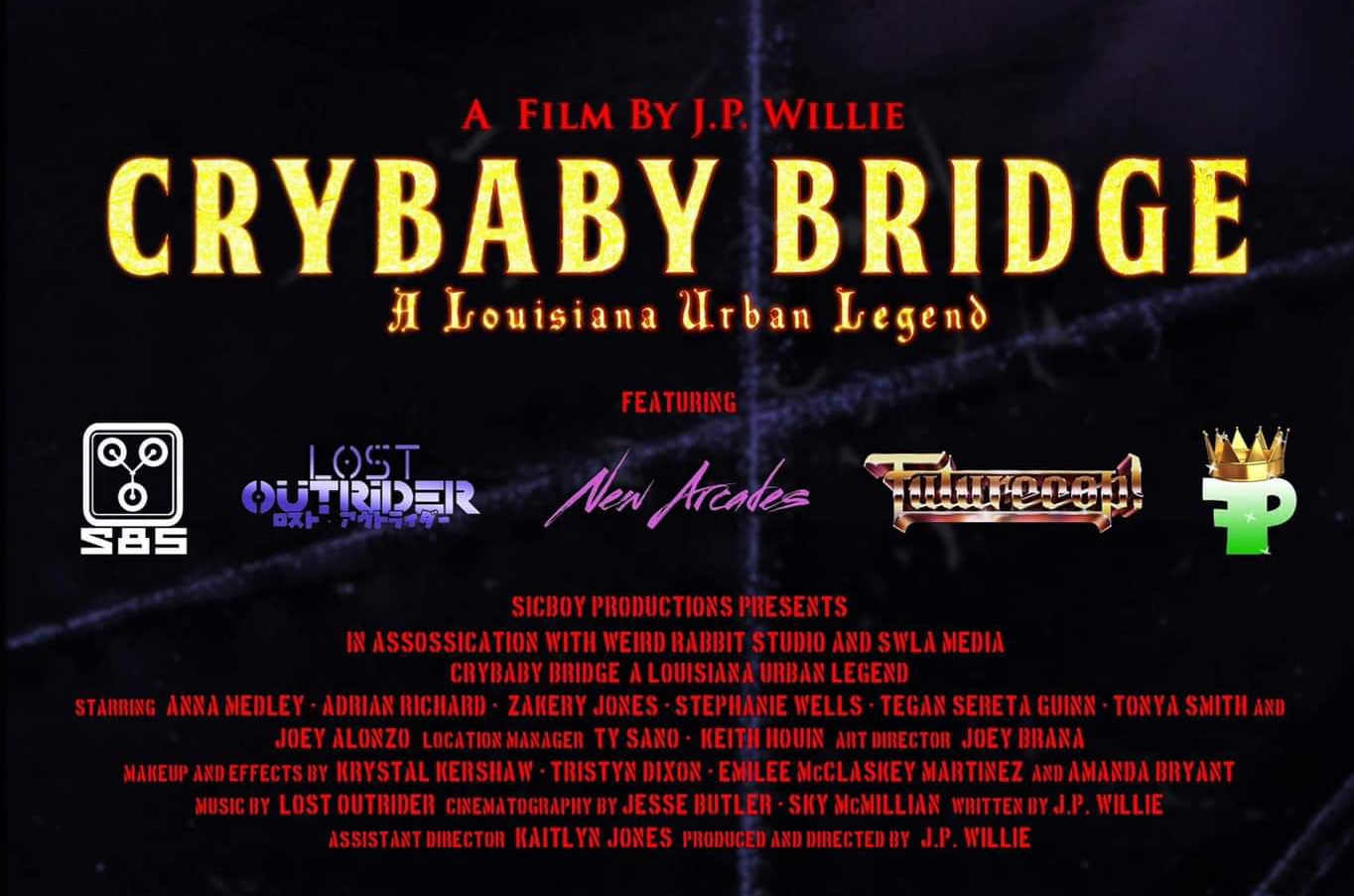 Without spoiling, we review Author, Director & Editor Mr. J.P. Willie’s ‘Crybaby Bridge: A Louisiana Urban Legend’, a horror short about a local urban legend of Louisiana that a ghost appears if you honk thrice while waiting in a car on the town’s bridge. Is it related to the other Crybaby Bridge legends of the US? That’s a mystery solved in this movie.

What’s ‘Crybaby Bridge Legend’? According to Wikipedia, “Crybaby Bridge is a nickname given to some bridges in the United States. The name often reflects an urban legend that the sound of a baby can be, or has been, heard from the bridge. Many are also accompanied by an urban legend relating to a baby or young child/children”

Now, this movie is about a local urban legend of Louisiana that the people at the famous local bar tell each other and often go on a ‘spook-tourism’ on that bridge. As the legend goes, a ghost appears if you honk thrice while waiting in a car on the town’s bridge. Is it related to the other Crybaby Bridge legends of the US? That’s a mystery solved in this movie. This short horror film features 2 such guys who go on their little ‘ghost hunting’ for thrills. We meet the Bartender Jessie who’s often pleasantly telling people to stay away from the bridge but I think more than enough people go there every night to make even Jess simply roll eyes and laugh it off instead of going into a panic attack. The main leading guys and their friendship is a great thing to watch and so is the friendship between two ladies who meet at the bar who were supposed to meet our guys who are off to a ghost hunting adventure instead of chilling at the bar.

What adds to the spookiness is a strange man who approaches the two friends at the bar and tells them about the Crybaby bridge tale and how he has a personal connection to it. This part helps the viewer to understand why the bar part was necessary in the movie. The bar and the bridge scenes contrast each other in terms of the mood but they both are having the effect of the urban legend. While people are waiting to see the ghost on the bridge, usually their friends or hypothetically (Not in this film but assumed), some drunken regular customers might share the stories of the bridge to entertain each other or just to laugh at a tourist new in town spooked after hearing all of this. This film uses the bar scenes to make you feel comfortable at first but then as the weird guy starts talking, even the bar scenes start to create the tension which is amplified by well edited and well  placed scenes of what’s happening at the bridge.

The visuals and cinematography is brilliant. The camera zooms on the glass and Bartender Jess gives it to our hero with everything else blurred out. The way our heroes sit in the car, waiting for the ghost is shot in such a way that makes the scene creepier and builds up the tension to a satisfying climax. The film is 11 minutes long, and Rated R (18+), with some swear words, a joke that might be considered offensive unless taken in a good spirit, kissing, but no nudity. Yes, a scary scene with lots of blood & gore at the right time. No violence or fights but the effect is still as frightening.

All of the cast and crew performed well. The acting feels natural, with right emotions seen at the scenes and the cast shows a stereotypical situation in a bar very well, with the way of talking and behaving. The music is indeed one of the reasons why this film is a joy to watch and helps build the atmosphere of the bar and the journey towards the bridge. The licensed music helps to have an authentic feel to the movie combined with the music by Nathan Michael and sounds by Sion Willie. The music, party scene, jokes make you unaware and then, the director Mr. J.P. Willie brilliantly scares you to the bones when you are least expecting!

Overall, it’s a must watch to see a well made short horror movie which is perfect in length with nice acting, music and an ending that you never expect or predict. This movie shows how a movie about an urban legend is made without wasting much time on unrelated characters or dwelling on unnecessary details. There are many lessons to learn for film makers in this one, especially about editing, lighting, makeup, special effects and artistic shoots of normal actions like bar-tending.  For audience, the best lesson would be the fact that when you have a choice between ghost hunting and chilling at the bar with friends, it’s probably best to just stay at the bar and leave ghost hunting to the professionals…

Watch:- CRYBABY BRIDGE: A LOUISIANA URBAN LEGEND- Behind the Scenes Part 1 (Doesn’t spoil the movie but shows the hard work behind the ‘short’ horror film):-

You May Also Like Our Articles Related to this movie & Mr. J.P. Willie:-