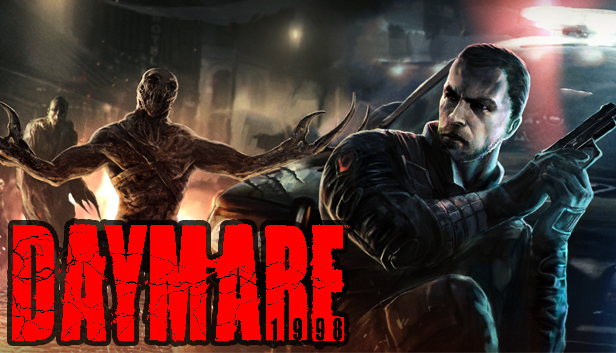 Daymare: 1998 is a third-person survival horror game with hardcore survival mechanics and hard-to-kill enemies. It requires a strategic approach to combat and conundrums and offers a multi-character point of view on the story, revealing deep and obscure lore.

It is the game that was trying to fulfill our dreams of the Resident Evil 2 HD remake before Capcom even considered it, but was cancelled and rebranded after Capcom decided to congratulate them for their efforts and then, create the official and epic Resident Evil 2 HD (2019).

Daymare 1998, is a zombie survival horror game that seems like a great cousin of Resident Evil 2 Remake, as the 1998 feel, zombies and atmosphere is all over the place. Even Capcom supports the team by mentioning the team in RE2 HD credits!

Releasing on Sept 17th, 2019, the game has received a new story trailer and a free public demo on Steam for everyone to download. Below, you will find all the relevant links and information about the game!

New Information along with the trailer:

Unlike Liev, who has been introduced in the previous trailer, Sam is what you’d call “a regular guy”. He likes his neighbors, has no special aspirations to be rich or outstanding, but he’s reliable and does what needs to be done. He’s also a respected citizen of Keen Sight, which probably comes with his rank of a Forest Ranger. Although there’s a limit to how much credit you can take for staring into the horizon, looking for any signs of fire and walks through the woods to make sure the trees are still there.

Nevertheless, Sam’s a loving husband and adores his wife. If it wasn’t for his condition, his need to take the pills, he’d probably be the happiest guy on Earth. But he just wasn’t meant to be that. Not after his paths cross with H.A.D.E.S. Not after he realizes that he might have been born for more than he’s done in his whole life so far. Not for himself, not even for the woman he loves, but for the whole city of Keen Sight.

Get the Demo Now & Wishlist it today on Steam:-

Additional Information About the Game:-

Developed by Invader studios (Creators of Resident Evil 2 Unofficial Unreal Engine 4 recreation- RE2 Reborn, which was cancelled on Capcom’s request and then participated in the official RE2 Remake discussion with Capcom) and published by Destructive Creations, DAYMARE: 1998 is a third-person survival horror game releasing on Steam, PS4 and Xbox One that recreates the mood of iconic titles from the 90s, with a fresh storyline. A missing deadly virus, three characters to play with and little time to find the truth, before mutated monsters abruptly end your mission.

DAYMARE: 1998 is a third person survival horror with hardcore survival mechanics, hard to kill enemies, strategical approach to combat and puzzles, with a multi-character point of view on the story, and a deep and obscure lore. A secret research facility, a deadly chemical weapon and three people who play crucial roles in finding the truth about an incident with a potential to become more than just a security breach. Follow the steps of an elite soldier, a helicopter pilot and a forest ranger, as they become the main characters in an event that transforms one peaceful small town into a deadly zone and its citizens into bloodthirsty monsters. Make sure to take them down first, before looking for clues and evidence to bring more sense to the mess. Keep track of your itinerary, as resources are scarce in a situation like this! And anything can happen when your daymares become real…

All fans of the 90s’ iconic cinematographic brands and classical gloomy survival horror games will be thrilled, seeing how DAYMARE: 1998 recreates the atmosphere of the most beloved works from the end of the millennium and places a typical yet fresh story in the middle of it. The plot unfolds through the eyes of various characters, putting players in the shoes of different personalities that will guide them through their theories and doubts about the situation. Backtracking, managing ammo, collecting lore items, solving environmental puzzles and the overall difficulty will help players jump a couple decades back and get chilled to the bone in their first real daymare.

– Third person character with over the shoulder camera oriented controller

– Inventory system and healing system handled by a specific device

Support the Developers and Publishers by adding the game to your wish list on Steam- Game’s Steam Page.

Also, Capcom has mentioned Invader Studios in the credits of RE2 Remake!– Source- Official Blog by invader Studios.

Here’s the official FaceBook post by Invader Studios, in which they explain the situation of Capcom inviting them to discuss RE2 Remake! So, it is evident that even Capcom likes what Invader Studios is doing.

Our Past Article about this game:-