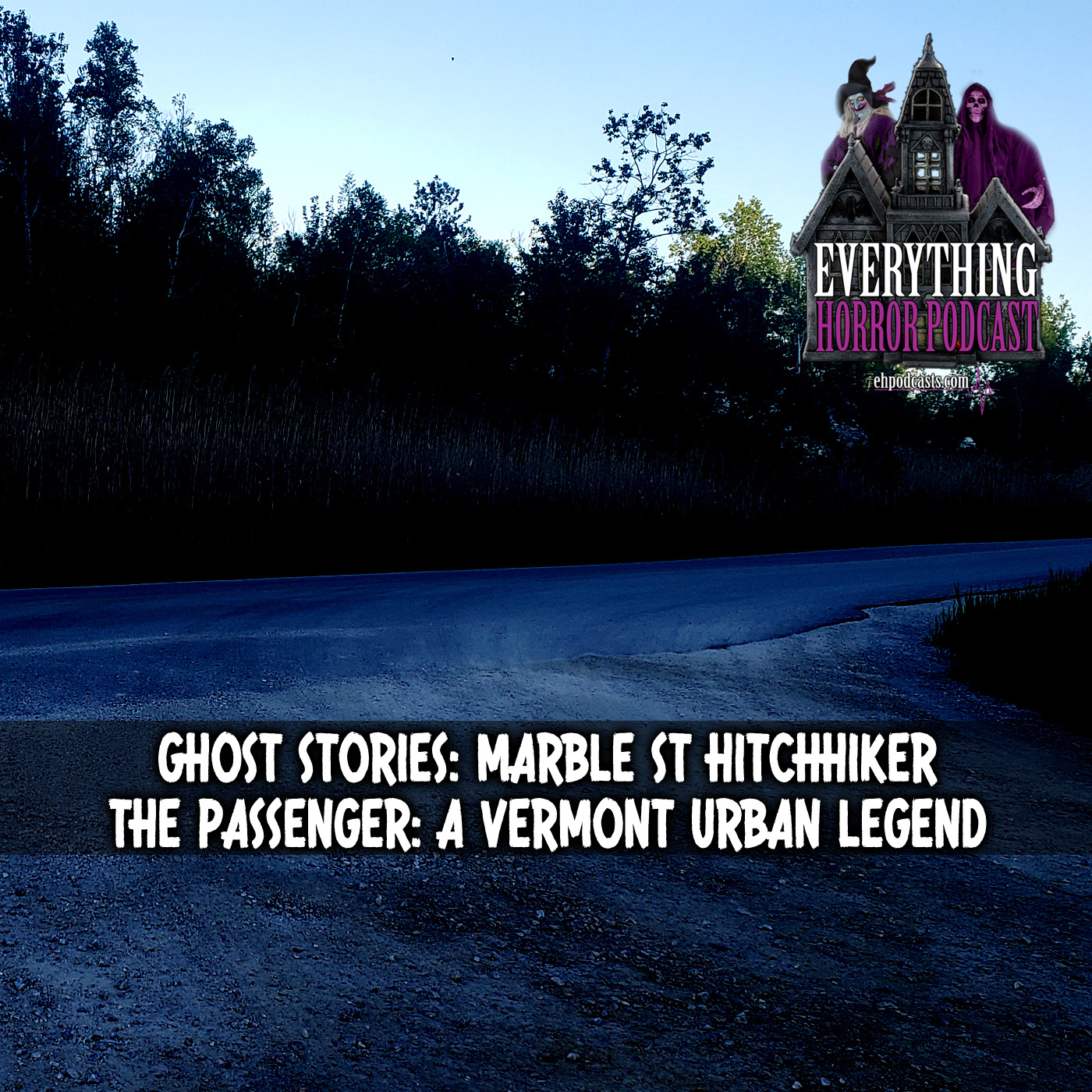 Tessa and Paul chat about the Vermont Urban Legend Folklore, Marble St. located in West Rutland, Vermont. Known to have a ghostly story about a lady ghost hitchhiker that can sometimes be seen wearing a white dress, carrying a child or pushing a child by a stroller. And sometimes can be seen without the child at all. It’s also said this lady connects to the other urban legend or folklore of the vanished town of Whipple Hollow, which was populated back in the 1840’s of the Marble Business days. If this lady is somehow connected, was she from Whipple Hollow or was she from somewhere else?

I emailed the West Rutland Historical Society and this was the response I had gotten.

This is the original response I got back.

“In most cases about the past, a great deal of information we get is through oral history and difficult to prove. This is also true of Whipple Hollow. There was never really a town per se. There were farms, owned and worked by Swedes with help from new immigrants who were boarders and family members.

Just south of the Florence Pittsford line, there was a rather large property owned by the Mills family, and like all of the subsistence farmers, they probably sold foodstuffs, or perhaps had a blacksmith in the family who also worked for others.

There was a school, on the first cross road now called Bristol Road, that went into Proctor, over the mountain. On this road is also a cemetery, most markers are from early 1800s.

The historic society is in the process of putting together another book on schools, and there was also a school on this Bristol Rd, just west of the cemetery.

This was the community of Whipple Hollow. When the True Blue marble business expanded in the mid 1840s because the rock was used for building foundations, many of the farmers went to work in the Ericson quarry and True Blue mill. Which had the first steam driven saw in the country.

But True Blue was 2 miles south of this “community” and though the railroad came out to the crossroads of Marble, True Blue and Pleasant Streets, there was never a village there either.

The marble company did build houses (shacks, really ) above True Blue, but technically that was the end of Pleasant Street (the area beyond John Kurant;s farm). The only other population along the road called Whipple Hollow (starts where John Kruszewski used to live) and goes into Florence, about 4 miles long. That was just a stretch of farms.

There is a great deal of oral history that includes stories of ghosts, but today many of those can be explained by fog settling over the swamp and magnifying the night lights coming from the quarry area. Also, some believe that since it contained many “lovers’ lane” locations, landowners would create Halloween type diversions with carriage lights, dynamite, and other scary stuff just to keep people off their land.

There is a booklet that we published about Whipple Hollow. Some are still available at $5 a book, but there’s not a great deal that can be verified as records were lost or destroyed, town lines were redrawn and landmarks destroyed.”

This response just shows how much urban legends, folktales and or lore can do. We can take particularly anything and turn it into something scary. Whats even interesting is that, sometimes documents are either destroyed, never happened or just somehow got lost.

So the urban legend about how a Town in Whipple Hollow “Vanished” couldn’t have happened.

NEW INTERVIEW: Paul (@pdulski) chats with Joey (@joeyafterlight) from Afterlight Comics (@afterlightcomics) about their upcoming Kickstarter dropping Monday (March 1st).
Because we don't do recordings atm. We noticed #NoEscapeRoom from MarVista Entertainment is #3 on #Netflix.