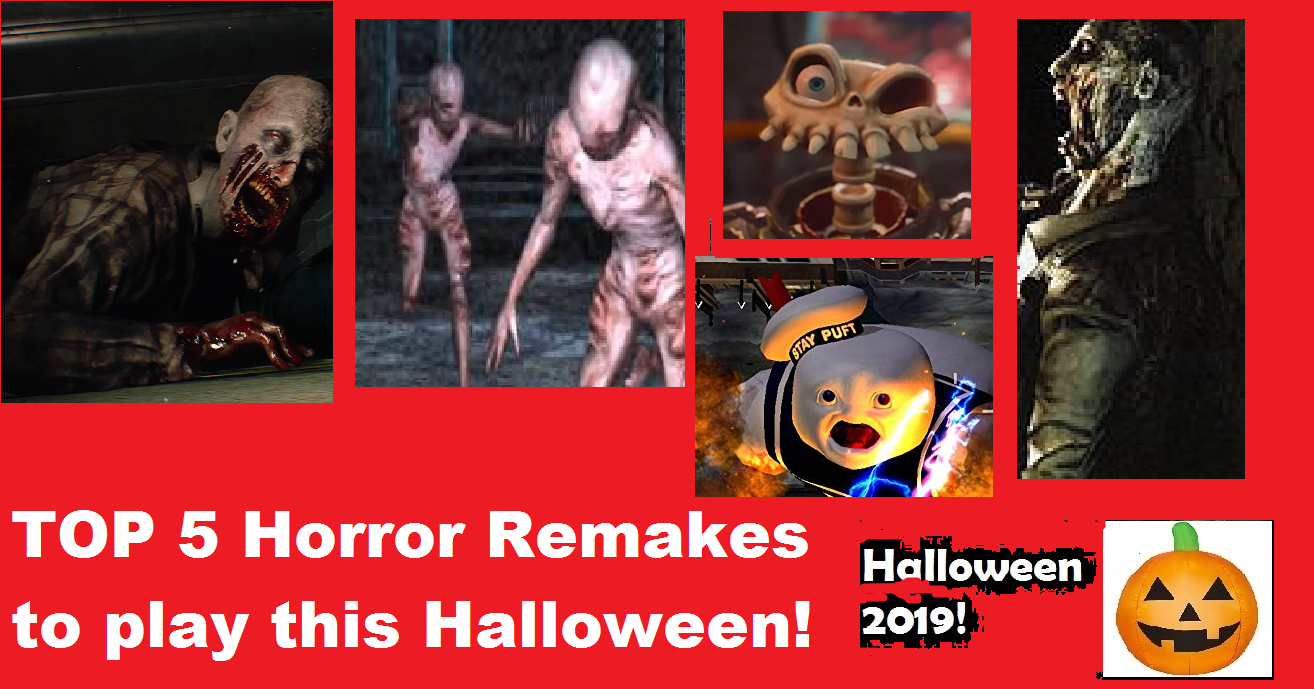 Very few remakes get the balance of nostalgia and modern gameplay style done right. Recently, it’s observed that there are a few remakes that are loved by the fans of the classics and critics alike. Following are some gems that will help you get the dose of horror nostalgia with modern gaming fun:

The 2009 Ghostbusters was loved by the fans and some even went on to say that the story is almost like a Ghostbusters movie. With the gameplay that actually made you feel like you’re a part of the Ghostbusters team combined with some genuinely creepy levels, this game has returned as a remake (or more of a re-master, as the beloved gameplay is untouched) for PS4, PC, Switch and Xbox One.

This game on PS1 has a big fan following and the remake is true to the classic game as we have all the levels and characters with a modern make over but the same classic gameplay we loved. Despite playing as a diseased crusade soldier returning for justice, the atmosphere, undead enemies and music is scary and has the mood of Halloween in the right amount to spice up your Halloween evening. The game has arrived on PS4 just in time for Halloween.

This is more of a re-imagination of the first classic Silent Hill game than a plain remake, and while the fans were split over this one, many appreciate the focus on the escape instead of combat. You are Harry Mason and trying to find your lost daughter, Cheryl but this time, the Silent Hill is cold and dark. The music, atmosphere and graphics (especially on Wii), can compete with many modern horror games. The game’s psychological profiling aspect makes sure that your decisions affect not only the story but also the looks of the monsters and some environment colors too. Music by Akira Yamaoka and vocals by Mary Elizabeth McGlynn truly brings the horror to life and makes for a nice Halloween party jukebox too. The game is available on Nintendo Wii, PS2, & PSP.

Resident Evil 2 classic is one of the best selling Resident Evil games and loved by fans and critics alike. For many years, fans demanded a remake and some even made a remake (and Capcom appreciated them and helped them make Daymare 1998). Capcom finally released the much awaited Remake and it lived up to the hype as the game is genuinely a survival horror experience, with no hand holding and all the classic characters returning in a stunning visuals and a fun gameplay. A must for horror fans looking for a fun and still scary game to play as you experience the survival of rookie cop Leon S. Kennedy or Claire Redfield when the zombie outbreak first reached Raccoon City. After beating, you get many bonus modes to extend your gameplay hours. The game is available on PC, PS4 and Xbox One.

Capcom’s Resident Evil 1 Remake, is still the best example of the right way to remake a classic game. This is a benchmark for any game creator and a must for any horror gamer. The classic cinematic angles and story intact with visual, voice and a complete graphical make-over makes this a modern classic worth buying for fans and non fans alike. Play as Jill Valentine or Chris Redfield, both of whom are a part of the special S.T.A.R.S. Investigation Team stuck in a creepy mansion at night while trying to investigate strange occurrences and zombie sightings. Launched on GameCube first but now available on PC, PS4, PS3, Switch, Xbox One, Xbox 360.

Do you appreciate Indie Horror films? Then please check out our first indie horror film :- “The Passenger: A Vermont Urban Legend” Is NOW ONLINE