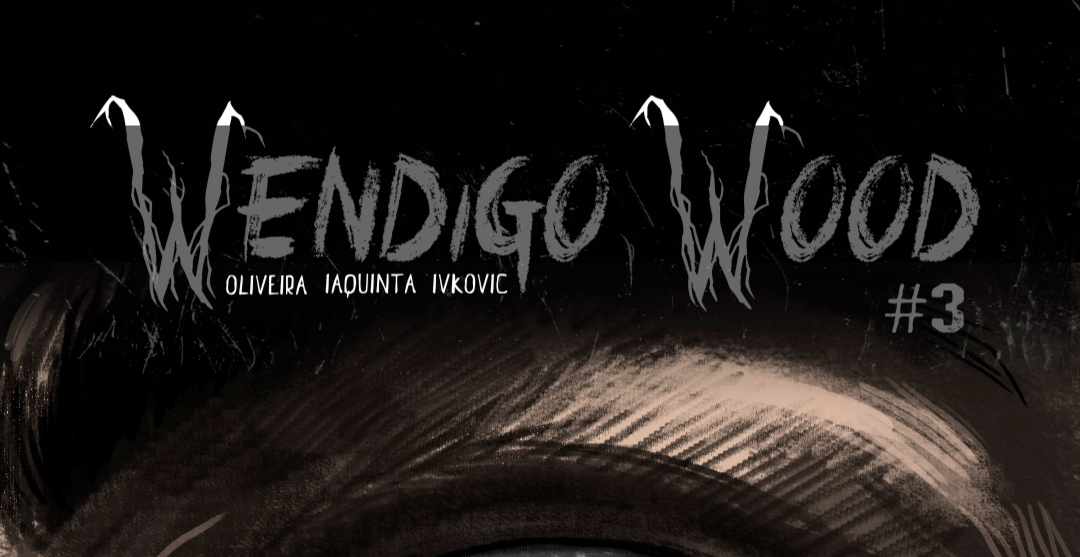 A retired war veterans search for his missing daughter leads him to a forest home to the Wendigo.

Issue #3 was successfully funded on Kickstarter.

Catch Up on Reviews

We start off with our main protagonist and dog at the edge of a Cliff. Surrounded by the Wendigos, trying to not cause a full blown confrontation attack. However the cliff gives way.

I’m not trying to really point out that Wendigo Wood is like that film I’ve mentioned, however it just feels natural to compare these two things together. Like if the movie were to have it’s own book or any sort, this comic series would be the one. 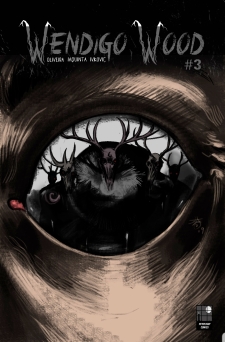 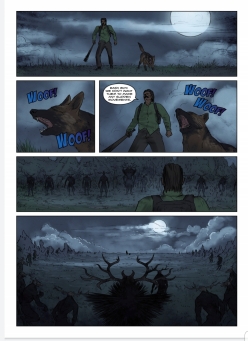 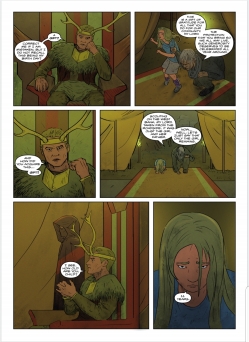 It’s never easy to trust anyone, and better yet. Always have your guard up, you may never know what is hiding in plain sight.

We get a more closer look of this Village, as the daughter is “gifted” as a gratitude of protecting all these people. But, it wouldn’t be a village without a dark background of what comes to those kidnapped.

Wendigo Wood #3 may not see the creatures that much, but the real monsters lies within the Village itself. It keeps the feel of what I mentioned of watching Netflix’s, “RITUAL” film. And as this third issue reveals another winding turn, the final issue coming 2020 I hope will be a longer and bone crushing finisher.

“I expect the final issue to be the standard 24 pages again. And can reassure that it will have a full resolution to the characters you have been introduced to.” – Joey from Afterlight Comics

NEW INTERVIEW: "Boston Metaphysical Society: The Book of Demons. It is a 41 page story in a 48 page perfect bound book and is a continuation of Ghosts and Demons. The story is about how Caitlin is kidnapped and forced to find and enslave a demon for a Great House. Samuel, Granville, and Alma are all back. It finishes up this particular story arc. We do have a brand new Boston Metaphysical pin featuring the Plague Doctor which seemed to be appropriate for the time. It was designed by Alejandro Lee and looks terrific." - @mcholly1
NEW INTERVIEW: Paul chats #VoodooChille @voodoochille_comic with Writer Casey (@robotseatguitar).