We’ve all seen 1987’s Predator and 1979’s Alien, but both those film franchises started to thrive during the 1990’s. There was one film that came out in the summer of 1992 that a lot of people haven’t seen or even heard of before. That had potential to kick off its own franchise.

Split Second starring Rutger Hauer (Blade Runner) and Kim Cattrall (Big trouble in Little China) came out on May 30th, 1992. The Directors of the film are Tony Maylam and Ian Sharp. The film had a budget of an estimated 7 million but in box office it only made 5.4 million.

The film takes place in London in the year 2008 where global warming caused massive rain storms that submerged the streets under water. A police man named Harley Stone is chasing a serial killer who killed his partner and other innocent victims.

https://youtu.be/A-M8PbnAiTc The film has kind of a Blade Runner meets Alien vibe to it. Here’s a trailer to peak your interests and if you want to check out the film u can find it on Tubi TV for free or Amazon Prime for two dollars. 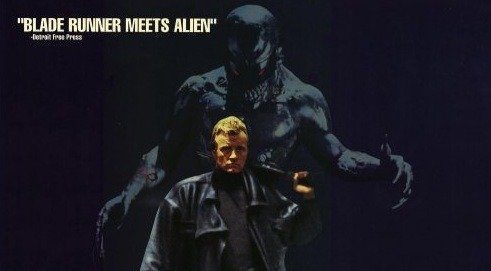 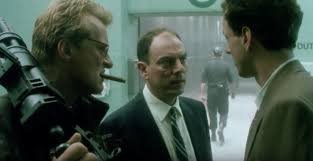 What I enjoyed about this film the most was the spontaneous comedy moments. It really gave the film some character and made it fun to watch. Also I thought the creature was well made cause it is a mystery it has no origin story and no info on where it came from so I think that’s what makes this film unique in a lot of ways.

Even though my favorite part was when the monster reveals itself, what didn’t appeal to me that much was how the creature was revealed. I’m a big believer that if your gonna hide what a creature looks like until near the end you need to give it a big pop when you reveal it, but the director’s I believe failed on that end.

Other then little things that could of made the film better it was decent for its time. You know this film came out in the 90’s and technology wasn’t as good as it is now. I remember watching it for the first time when I was about 9 or 10 and I fell in love with it, but being a fan of a film like this I hate to see it be forgotten. I think if this movie got a remake and had a lot more action and a lot more fight scenes with the creature I think it would make this film win a lot of people over, but on a scale from 1 to 10 I give it a seven. Like I said earlier if anyone out there wants to check it out its free on Tubi and two dollars on Amazon Prime. I’d love to see what everyone thinks about it.