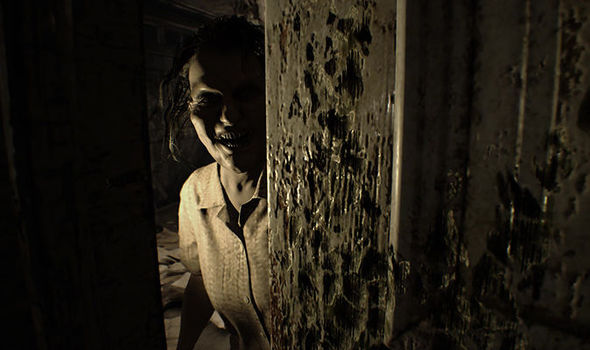 After the last leaks in 2019, now another tweet on April 4th, 2020 confirms many doubts and previous leaks about the next big Resident Evil game!

The game seems to be making many changes to the enemies and like Resident Evil 7, it will be most likely a first person view title. It started off as Revelations 3 but was so good that Capcom made it the next main Resident Evil. It features witches, occult and other new stuff not seen in previous Resident Evil titles. It will also be a cross-gen title meaning, both of current gen (PS4, Xbox One) and next gen (PS5 and Xbox Series X.) consoles getting the game.

The leak report has been posted on Twitter by a user nicknamed as Dusk Golem, with a series of tweets following the mention of RE8. Many Gaming News sites have covered this story so far, either though curiosity or the likelihood of the rumor to be true as RE7 was also in the first person.

Still many sites mention that the Silent Hill rumors reported by the same “leaker” were not true (Or refuted by Konami), so there’s a possibility of the current leak being wrong too, or Capcom having a change of mind.

RE8 is most likely be more like RE4 with Chris Redfield and inventory too. Here’s the tweet of the leak and also some info below from a famous leak site:

n the past few months, we’ve had a lot of random information cross our desks possibly pertaining to Resident Evil 8. This stuff reaches from the ridiculous to the highly plausible.

In the “highly plausible” category, we’ve recently heard more from the anonymous emailer that seems promising. In the email they sent with the subject line, “It’s me again” this is what they’ve said.

To summarize, the leak has expanded upon the previous leaks of The Witch, first person, and now added Chris, RE4 inventory as a new bit of info. Read the full article at the Source: Biohazardcast

Golem also stated that a gameplay sequence of Resident Evil 8 had been leaked to him, featuring a “sequence where you’re in a village with multiple routes trying to make your way to a castle, being attacked by beast-men, zombies in armor with swords, and a witch that laughs a lot.”

“Capcom has not commented on the supposed leak yet, so again, take these statements for what they are: Rumors. If true, this would make Resident Evil 8 the third RE game to release in three consecutive years. A report earlier this year also indicated that RE8 would be first-person, and touched on some of the details this report mentions again, including the addition of werewolves and witches to Resident Evil’s repertoire of monsters

According to PC Gamer:

Acknowledging that this differs from his earlier reports, AG said: “The reason I said RE8 was “years away” earlier this year is last year a RE8 was in development, & that one is years away. But Capcom didn’t want a huge gap between RE7 and RE8, so that title got pushed to the side for now, & internal testing and such was super positive on Rev 3.”

The leaker also reports Resident Evil 8 will be a “cross-gen game”, intimating it’ll come to both current- and next-gen systems.

“It is first-person, and many purists are going to hate it because it’s taking some serious departures in the story/enemies and the like,” they later added. “Hallucinations, Occultism, insanity and not being able to trust others are huge thematics of the game.”

If AestheticGamer is right – and there is absolutely every chance they’re not, of course; this is just a rumour at this point – we should see Resident Evil 8 in 2021.

Our report on previous leak:

Our Next Film “TERROR TRAIL” now on Kickstarter