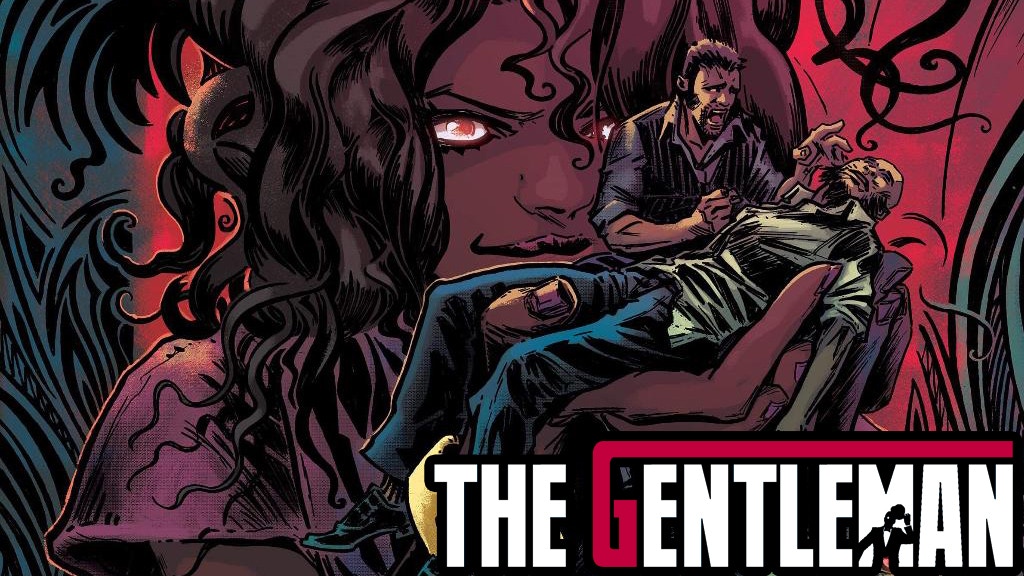 The Gentleman #2 is the 2nd issue of the 3rd SFC Comic comics solo series. This will be a 32 page comic written by Greg Anderson Elysee of the graphic novel  Is’Nana: The Werespider series, drawn by Massimialiano Veltri of Marvel Comics and TItan Comics, with colors by Marco Pagnotta of SFC and Kasai.

A Lovecraftian inspired horror noir story about the haunting ghosts from the past along with the ghosts from the forth coming future. The Gentleman Oliver Solomon begins his investigation to help the mysterious and alluring Espere. But what Oliver learns only presents more questions while his ex boyfriend, Ralph, comes face to face with her horrific and deadly stalker. Can Oliver protect Espere without losing his humanity? And if he can, can she be trusted? What is her connection to Oliver and the Void itself?

You can read my thoughts on The Gentleman #1 Here.

Because I’m a straight forward reviewer, I tend to tell it as it is. So like in the previous review, I mentioned how the process of the Kickstarter was. Delivering times is taken way to long that I personally feel that SFC (Super Fighting Championship) should literally wait to do a crowdfund until they are exactly a month away from finishing up with inks and letters, or just wait till lettering needs to be done. The Gentleman #2 has been funded for almost a year (ended April 26th 2019) which is exactly five days away as I write this review and post it up for you all to read. I just feel their losing ground with these type of delays and mail delays like last time. So SFC, please reconsider how to approach these future Kickstarter campaigns.

Now let’s dive into what we have patiently waited for, the continuation of the second of four parts to The Gentleman mini series. A flashback to Oliver’s past begins with himself watching wrestling with his father. Having a grand time before getting told again about the family’s curse of the void, how his family have dealt with it for generations after generations. Especially seeing a dark entity that calls Oliver by name, knowing that soon their be considered “best friends”.

Morning comes which Espere prepares breakfast with coffee, while Ralph (Oliver’s lover) is out for a bit. While the two are out having coffee and chatting, Espere found a piece of which confirms Oliver to have been a “Gentleman”. Leaving Oliver with no answer of what exactly Espere group or “Cult” is called. Shortly after Oliver gets ready for work. 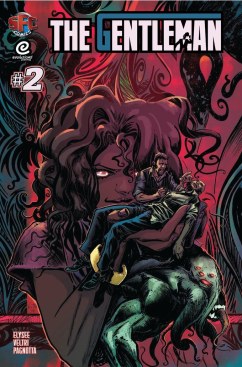 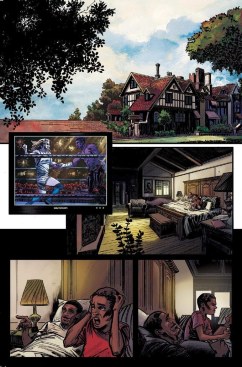 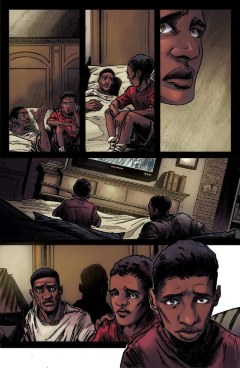 As the the clients or officials, depending on how you want to put these people. Know and can feel exactly what Oliver’s body is going through, slowly killing him from the inside out. They also warn about Espere to never bring her inside your place, and how she can manipulate people to do her bidding. Which Ralph is in some serious dirt, alone with her, she knows what she can do now.

As the conversation continues Oliver receives a call from Ralph, telling him that the thing is here (their apartment) and that he needs to get here asap. Oliver bolts out the door to aid Ralph, however it seems like the void is already in planning the next move. Take those around Oliver out, break him down. Then convert him into their evil doings. 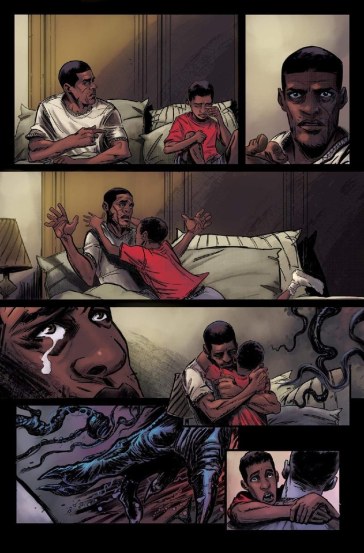 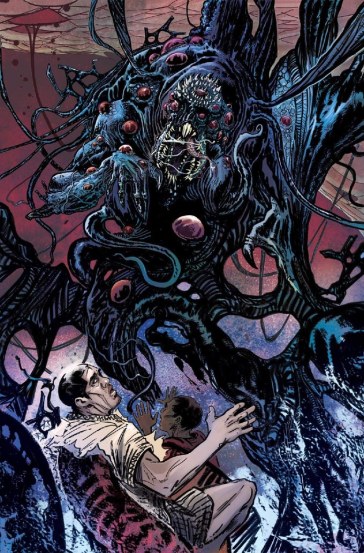 As the curtains fall, for waiting for a year for this it’s a shame that we could have possibly have had The Gentleman #3 by now. I felt there were parts that had way to much dialogue going on in some panels that it was suffocating the artwork, while we have some nice colorful pages with no dialogues to help balance it out just a bit.

The story is making a slow burn story with some little action to help speed up some time, but now with two issues remaining. I wonder what Oliver will have to face in order to save himself and everyone around him before he to, surrenders to the void and gives up. Now that lost has swayed over him, I bet Espere will try to sweep in and manipulate him into her bidding of whatever may come.

“The Gentleman offers a lot with stunning artwork and colors.”

One thought on ““The Gentleman #2: Lovecraftian” – Comic Review”