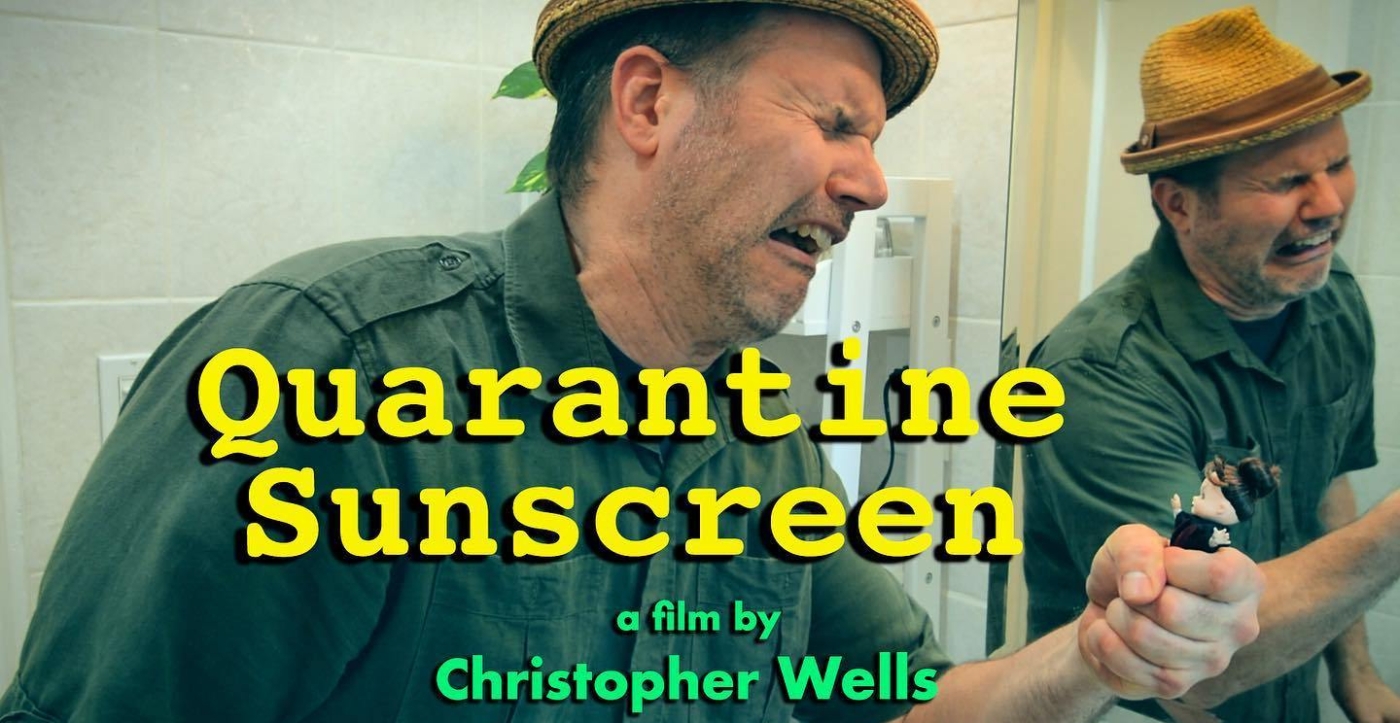 ‘Quarantine Sunscreen’ is a short film about a man going crazy in his apartment during the lock down. He wants to work on his website and avoid procrastinating but a toy soldier doing yoga is making it very difficult, along with some other possessed playthings. If you’ve been waiting for the best short film ever made during the Quarantine- look no further.

Christopher Wells is also known for his feature movie, The Luring.

Without  spoiling this roughly less than six minute short horror comedy, let’s see what Christopher Wells has going on with some “Sunscreen”. We watch a man that is trying to work at home during the current situation, however it seems other objects are trying to distract his attention away from work. From bongs, Army Men, Stuffies and a Creepy little Doll. Who wouldn’t go insane? Like he was working on. “We can beat coronavirus, one group hug at a time.”

In conclusion, if you want a short weird lock down horror comedy fun. This is for you, before you know it we all well become insane within our own minds. Art can help one loony tune at a time. I’m not crazy, you’re crazy.

Watch the Short Film Below