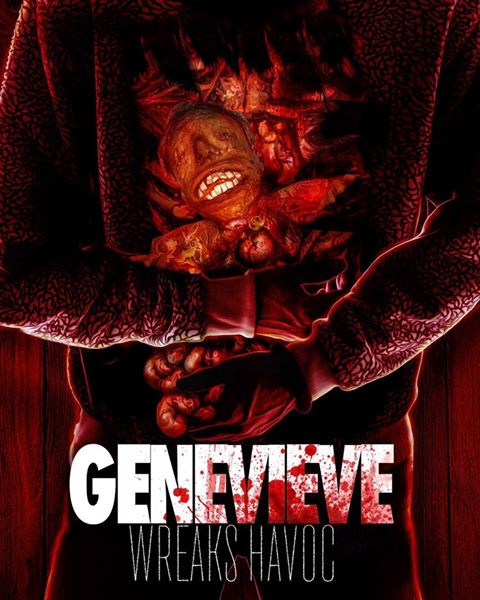 The goriest horror short film yet by NMJ Films.

Short Horror film, Genevieve, based on a supernatural doll antagonist which was a part of Urban Fears anthology became an example of how a killer doll horror short film can be made even during the current outbreak situation. The film was been released on NMJ Films YouTube Channel and Amazon Prime Video on July 15th, 2020. Genevieve Wrecks Havoc is the sequel to the short horror film.

The Creator & the Team:

Nicholas Michael Jacobs, the creator of the  Urban Fears (2019) horror anthology, and Tales from Six Feet Under (2020) feature film on Amazon Prime Video, has created the short film Genevieve, and now the Killer Doll story continues with Genevieve Wrecks Havoc.

Nicholas Michael Jacobs is playing the role of David Burr. Star Shawn C. Philips also re-joins the team as Ted Morris for this short film. The poster was made by Neil Fraser Graphics.

Filming starts early next month, and will be released on NMJ Films YouTube as well as Amazon Prime Video, just like Genevieve Short Film.

Witness David Burr’s last few minutes of life as Genevieve punishes him for breaking into her home.

Ted Morris is attending his son’s funeral while two criminals are breaking into his home, these criminals are trying to steal the notorious killer doll, Genevieve. Because they think the doll would be worth some money, but these people have no idea what they’re dealing with.

Our Review of the Short Film:

Our Interview with the Creator, Nicholas Michael Jacobs about the Film, Horror & More:

Official Links to Connect with the Creator: