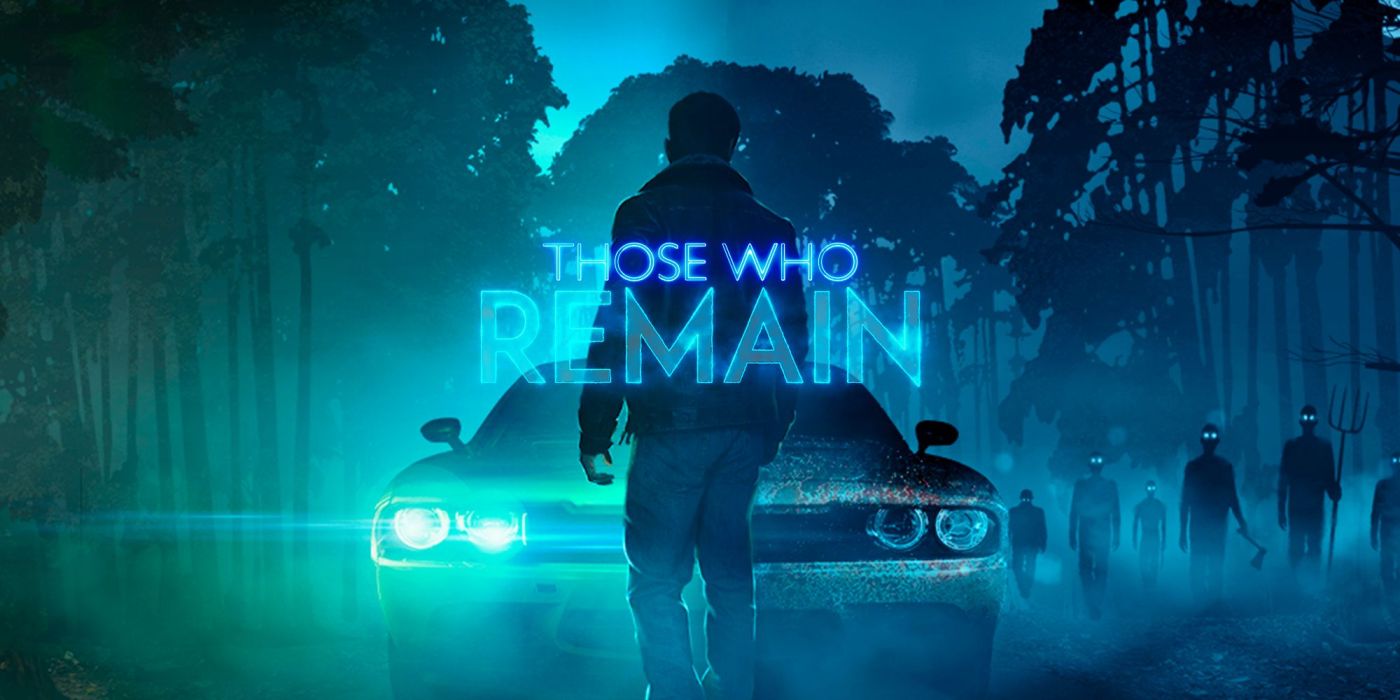 As the lights go out, the embers of darkness are stoked in the sleepy town of Dormont.

Whispers of disappearances carry through the town as a burgeoning, uneasy and irrational fear begins to spread and darkness comes to be an unwelcome reflection to Those Who Remain.

Some mistakes should never happen, not when your life is complete – and yet they do. Edward had the good life, a beautiful wife and the perfect little girl, yet finds himself several whiskeys down and driving through the night of Dormont to end his secret affair – in a bid to fix his mistakes.

As Edward pulls into the Golden Oak Motel, he is unaware just how much this night will change his life…

Atmosphere felt terrific in parts, while one house did feel like it wasn’t original. It was more like that known house mod from Steam. You know the stairs on the right side, closet on the left, etc. Most of the game was quite unique and clever trying to capture a very creepy layout of areas that were involved within the story of Those Who Remain.

Music had it moments. But wasn’t anything special that grabbed my attention as a whole. But it fit the theme of each specific place we came to.

Controls, easy liable. Well in some cases, once it became to controls with chasing scenes. It felt a little too much and very complicated (See The Chasing in The Ugly)

Story. Wasn’t anything to memorable. But it’s another cool way of executing a point of which one is judged or not judged. I mean we’ve seen something similar to this right? At least I felt I have.

Felt like a Key Hunting Game. I for one am not really a big fan of these type of games, but it seems to be a thing nowadays in the horror community. Almost like OUTLAST did for their “cat and mouse” games. I did start to get a little bored of this, so finishing this game became a little rough.

Bugged Endings, there are a total of three endings. Good, Bad and Nightmare. However to achieve them you must go for the “Good Ending” first, even though the game doesn’t really tell you that for when you first start it up. But once you’ve gone through it once and either gotten the Bad or Nightmare Ending (Like I did at first). Achieving the Good Ending isn’t possible as there’s a bug from the Bad or Nightmare Ending you have previously gotten still in place, therefore you have to delete your old saved file and start fresh. Unless you’re smart and back up your save BEFORE the Judging the first Victim.

Monsters. There’s only three kinds within this game, we got the “Shadow People”, “Lamp Lady” & “Mother”. However when looking closely at the Lamp Lady design, could it be a nod to The Evil Within’s take on the Lamp Lady?

Checkpoints. What really dug the game a grave for me was the not enough check points, especially when dealing with some cut scenes or intense “not so fair” moments to be dealt with that having to start over from scratch is a big no-no… Maybe if the checkpoints were planned better and had more, I’d let it slide. Unfortunately this became a big problem a few times during the game play which I’ll mention below.

The Chasing. When it came down to some chase scenes, check points weren’t your friend at all. Starting from the beginning of the level or just a little bit from an annoying part was just blood boiling. Why not give players a check point at a safe place right before engaging the chase scenes. We already don’t know where to go, and on top of that there’s on particular chase scene that requires you to dodge moving objects while having to throw chairs out of the way in order to escape… Next thing you know you’re captured and now have to replay from the very beginning of the level you just started on.

Staying In the Light. If the chasing scenes don’t annoy you faster than “Stay In the Light”, well then you’d probably got the idea down of how far you can go into the shadows BEFORE getting insta-deathed to yet again start over. So make sure you really look for a light switch behind that closed door before attempting to just look inside.

Those Who Remain lacks the horrors of scares, but doesn’t really grab you either. Whether you are already annoyed from what I mentioned from “The Ugly” and just lost interest in the story. You find yourself somewhat satisfied at the end?

If you are attempting to see all three endings yourself, PLEASE back up a save once you reach Marks House right after the little Prologue Chapter of helping you getting used to the game’s controls. It’ll be there where your decisions could bug the game or not.

I wish there was a little bit more than the whole cat and mouse, while key hunting. As the story was nice to know, but there wasn’t enough puzzles to really keep you interested without finding some Key and tell yourself “Please not another Key Hunting game…”

Learning each characters involvement and deciding others fate was cool, but didn’t we sort of do this before? However we didn’t really have the choices of Forgive and Condemn I guess. But at least once you know the game you can just easily speed-run through it all to see the endings. Or with the power of YouTube, just look up all 3 of them.

For a $20 indie game, it’s not bad for the price if you’re willing to sacrifice your time to play through it 5-6 times like I did before realizing the Good Ending has a bug. Then I’d recommend it now, however if you don’t want to really push yourself to hard with frustrations, I’d wait for it to become on sale. Either way Those Who Remain was a decent game, but definitely had more to offer if Camel 101 gave it more time and stuff to do.