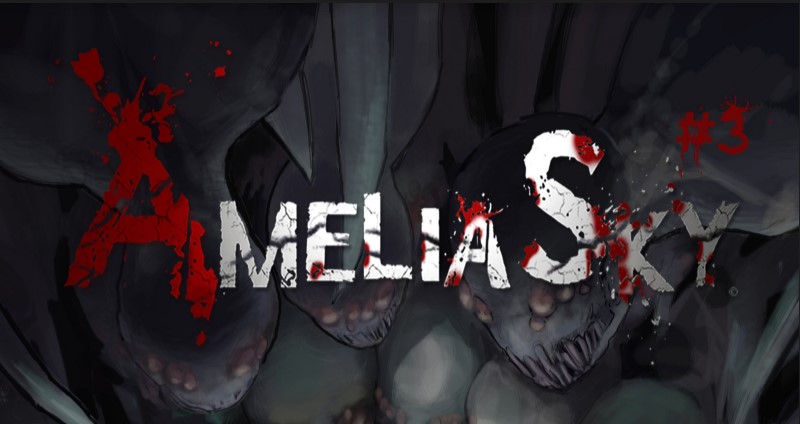 Amelia Sky from the beginning has set out to overcome an obstacle of being created, after a few attempts of becoming a successful Kickstarter Campaign, Jermaine M. Boyd and his team finally saw the light at the end of the tunnel.

After months preparing the stunning artwork by Gwynn Tavares, lettering done by Kuen Tang. Story and Concept by Jermaine M. Boyd and Editing by Brittany Matter.

The next installment of the story arch has unfolded by continuing were we left off from Anti-Aliasing Awakening Pt. 2. We witness Amelia Sky, piled up against the aftermath from the crash landing. From there it’s quite a downward spiral of some monster shots and the ever darkening world of the Amelia Sky universe, while meeting up with a brand new face just moments before a possible ambush within the woods of wherever Amelia has fallen too.

With a joke within the dialogue of introducing each other with the exchange of one piece of dialogue of “Amelia Sky sounds like a great superhero comic”. We carry onward, from there it’s about opening the eyes of the believers, converting one within the realm to understand the true potential. Like always, it just doesn’t go as planned of being safe. And now we wait for the next issue to take this new story arch into another eye opening, yet chilling tale of the endless possibilities of what could happen surrounding the world of “A”.

In conclusion of the overall experience. Without giving much away, there is some parts that are very bright and colorful. Even though we already know how dark the world is around Amelia, it’s just a matter of time to say when and what exactly is really “The Monsters”. That’s putting it lightly without going into the interesting bits that makes Issue #3 stand out, as the campaign of marketing has gone. Evolve or Die.