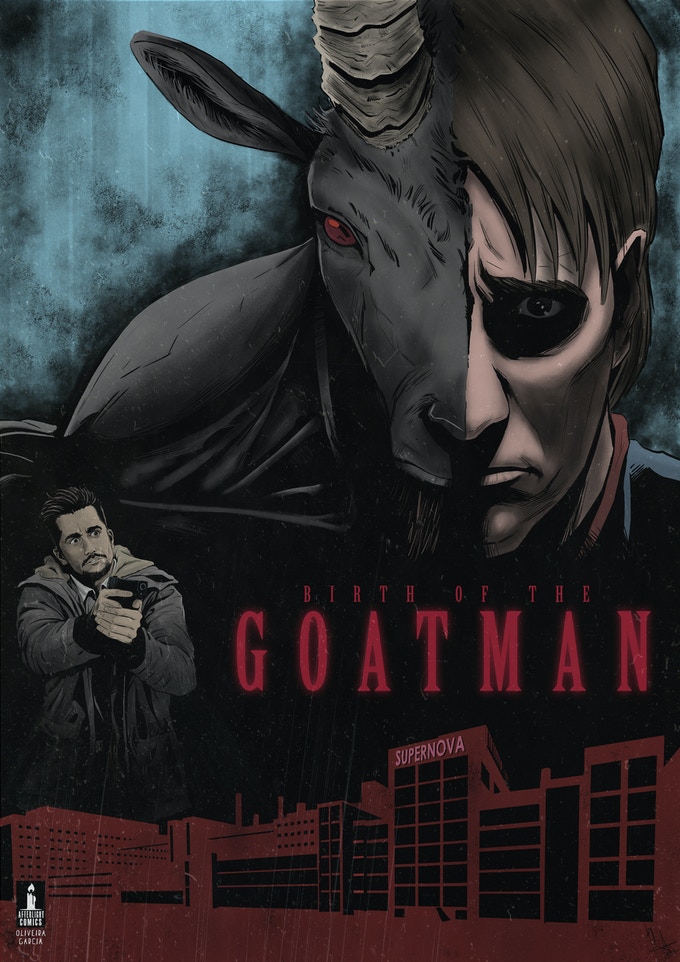 Birth of the Goatman is the second of the third issue of the Goatman series from the team at Afterlight Comics. Drawn by Adrian Manuel Garcia, and Colored, Lettered and Written by Joseph Oliviera.

A lone detective investigates the death of a family at a cabin in the woods which leads to an even darker discovery.

Back when we first had a little taste of the Goatman, Rise of the Goatman by Afterlight Comics felt like it was missing something. It didn’t help fulfill my interest of the horror folktale of a conspiracy of a man-like-goat. Originally to, last issue was supposed to be a one shot o-deal. Due to the response of the comic, Joey decided to turn it into a trilogy.

The second issue takes a much more better approach than what we got the first time. Joey helped breath life (pun intended) into creating a very suspenseful story of making it a fast read and interesting look at how the Goatman came to be. Whether it’s all conspiracy or theories of whomever you talk with, it’s awesome to see a deep dive into the lore of exactly how and why the Goatman exists.

Joey helps bring the lore of the Goatman to life, with Adrian’s artwork that deserves much more attention, while creating splendid suspenseful images that will keep the reader hooked. With the final issue coming 2021, let’s hope the finale makes us scratch our heads while we rethink of how we hike or walk in the woods.

Overall conclusion, I’m very happy with how the second issue of Goatman mini series is taking shape now, I was worried from the Rise of the Goatman that it lacked more. I just hope we get a big bang for the upcoming finale. Also, Adrian deserves much more work to do because it’s great to see talented artists working together. How well do you know the legend of the goatman?