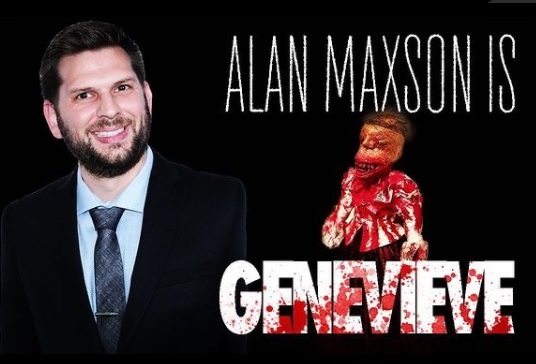 NMJ Films has just made a big announcement on their official Instagram which will make the horror fans even more excited for the upcoming horror feature film ‘Genevieve’. The brand new voice of the Genevieve killer doll is none other than the famous creature actor Alan Maxson!

As we all know, Alan Maxson is a popular creature actor that specializes in performance through heavy makeup, prosthetics, suits & motion capture. Alan has portrayed over 60 monsters in film & television, including: Godzilla: King of the Monsters, Eli Roth’s History of Horror, Blade: The Iron Cross, Sith Jet Trooper Experience for Star Wars: The Rise of Skywalker Premiere and more as seen on his website. Such an experienced talent will surely add charisma and more scares to the horror feature film!

Besides this awesome news, the fans would be pleased to know that the filming has been completed! Be sure to follow us and NMJ Films on social media to know about the release!

More about the horror feature film:-

Philadelphia based filmmaker, actor, composer, and NMJ Films founder Nicholas Michael Jacobs is the mind behind “The Genevieve” Feature Film!

The feature film is based on the possessed supernatural killer doll called Genevieve which became popular after it was featured in the Urban Fears (2019) horror anthology! After that, three short films were released about Genevieve, and now the fans will be treated with a feature film about Genevieve!

Know more about NMJ Films, and their past works by checking out the links below!

Our Interviews with the Creator, Nicholas Michael Jacobs about the Films, Horror, Life, Hobbies & More:

Official Links to Connect with the Creator, Nicholas Michael Jacobs:

THE SHAPE KILLS: A Halloween Fan Film By NMJ Films Released on YouTube (Free to watch) & It’s Well Made!