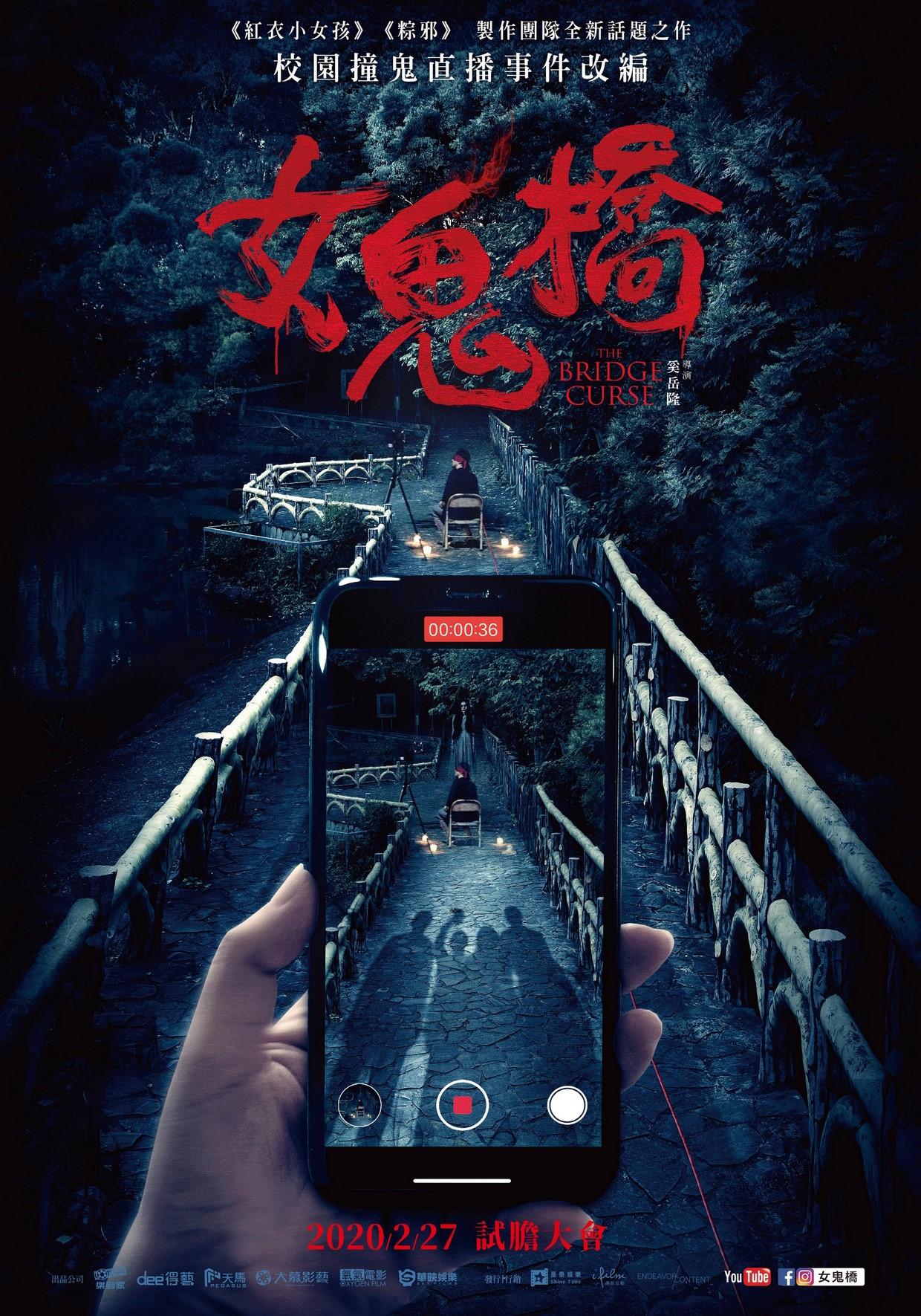 University students, planning a bravery initiation test for their fellow classmates, choose a campus bridge rumored to be haunted by a vengeful female ghost.

Legends, curses, haunted places. This is one interesting tale based on an urban Taiwan legend. Where a group of five people record, count and hope to live to tell the tale of what they’ve witnessed past midnight. However if the legend can’t get any weirder, another step is added after midnight. Like in the film we learn there was, thirteen steps. However once past midnight, another one gets added.

Reporters are still trying to understand legend, and how each person that attempted the legend and failed, met there demise. Only to find out that something is missing about all the reported articles, now it’s like a rabbit hole that goes down into a more interesting take on the legend. But how far down should one explore?

As the story progresses through, we get that traditional shots of each person, and what they experienced while leading up to their deaths. It doesn’t seem to always have to be a death at that specific place where it starts, as the movie suggests it can follow wherever, and the entity can play tricks and try anything to met your demise, just for looking backwards from the steps.

It’s a mix between Found Footage and some traditional elements that help create a wholesome and unique Taiwan horror legend film. Expending on one of there most haunted and creepy tales, whether it’s true or fake. The legend itself is quite chilling.

Based on a real-life incident at Tunghai University in Taiwan, in which a student apparently live-streamed himself on Facebook exploring the haunted bridge of the title, only to be warned by his watchers that they could see a ghostly figure in the background.

That should catch your attention alone, and I’m a big fan when it comes to “True Events”. It only makes me wonder more of the real haunting story behind it, and whether or not it still attracts those that are curious. I’d say get a bowl of popcorn and sit down for the ride, because not only does it help fill in some of the history behind the legend, but adds to the never ending curse. Watch today on Netflix.

And lastly, this movie is available on DVD, but it’s Region 3. I really hope Netflix or someone will allow the film to come out to a wider audience and to be on physical media to add to those, that love to collect physical media. It would make for a nice addition, and don’t forget to never look back.

Normally when it comes to games, it can be a hit or miss. Most of the time we hear games becoming movies, and they just bomb it. But in this case, I feel The Bridge Curse, just might be the next type of adaption where it’s actually done right. Atmosphere is always a key fracture that can impact the course of the games or movies, and just a simple mistake can lead to bad reviews, bad impressions and just flat out hurt everything.

Below is the demo we recorded of the upcoming game adaption, and because we watched some gameplay first before realizing it was based off a movie, we wanted to get the feel of the Taiwan film. And to our expectations, it was quite good!

My favorite part of the gameplay was definitely seeing where the bad happens, and the legend itself. The game developers have the location to the T. It’s almost like a typical story of a “Crybaby Bridge” tale. A female waits for her lover who never comes and because of this, the lady jumps into the lake to commit suicide.

I think the most disturbing part about this legend, is how you climb up the steps, and on the fourteenth one. You cannot look back, no matter what! As that will spark the entity to come after you. The Bridge Curse: Road to Salvation comes out sometime 2022, available on Steam. Hopefully comes to consoles in the future.

Add to Wishlist on Steam