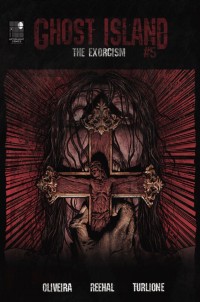 The priest and Psychic, Josh Evans face their toughest challenge yet, when they are forced to perform an Exorcism.

This is the fifth issue with one issue remaining.

August 1977. Astronomers detect the so-called “WOW” signal: a burst of sound from deep space, near the constellation Sagittarius. The signal is believed to be extraterrestrial in origin. The next month, the astronomers send a reply. Boy, is that a huge mistake. Because more than four decades later, the alien intelligence has sent an invasion force of exactly one photon—and it’s the kind of microscopic threat we could have never seen coming…

In a desert town one hour north of L.A., Lieutenant Ron Pinkerton watches in horror as law-abiding citizens begin to lose their minds—and the laws of gravity. And then astrophysicist Marisa Stringfellow appears, telling Pinkerton the craziest thing he’s ever heard: an alien entity is taking over minds one by one and using their hijacked bodies to create as much mayhem as (in)humanly possible. The tell-tale sign: a violent twitch that means: goodbye, nervous system. And now humanity’s last chance lies in the hands of hard boiled cop and a heartbroken scientist… that is, until one of them begins to twitch.

As the Cold War widened in the 1950s, military hero, George Kutter and his family trained to be legacy survivors in the event of an atomic exchange with the Soviet Union. Prepared to wait out the aftermath of nuclear war, they were subjected to myriad simulations, scenarios and stresses in hopes of helping salvage something of their family, their country and humanity from the ashes of a conflict with the Russians that never happened. But when a group of hunting buddies stumble upon a seemingly abandoned fallout shelter in the present-day Pennsylvania wilderness, a crash course in Cold War paranoia, propaganda and control awaits. What was the nature of the secret Archonite initiative? What lengths did the United States go to in order to prepare for all-out war and its aftermath? What did the Kutter Family endure in perpetration for their duty? And if World War III never broke out… why are they still down there? 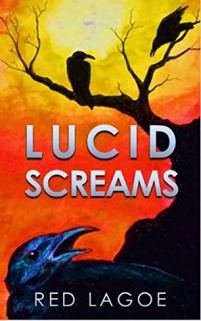 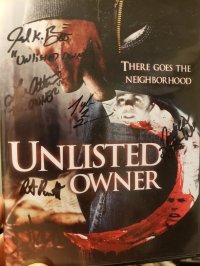 The Owner house has been vacant for several years because of its very dark history but a recent series of murders has taken the property to a whole other level of notority. A family who just moved in has been murdered, piquing the curiosity of a group of friends. Armed with handheld video cameras, the group decides to break in and investigate, leading to the worst decision of their otherwise fun-filled night. The resulting footage has been edited into the suspenseful “Unlisted Owner.” We dare you to watch alone! 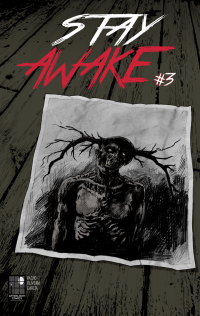 Isaac Banks, a psychologist is forced to revisit the cases of three of his former patients when a detective reveals that each has died under suspicious circumstances.

Isaac Banks, a clinical psychologist specializing in CBT- Cognitive behavioral therapy, has his professional career turned on its head when a revelation regarding his former patients is revealed.

Detective Lane is running the investigation into the suspicious deaths of Isaac Banks former patients.

This is the third issue with one issue remaining.

In an epic finale, Josh has his world turned upside down as he unlocks the truth to his past.

This is the sixth and final issue of the Ghost Island Series.

Marnie Young, an executive assistant in San Diego, is a sweet girl who wouldn’t hurt a fly. She’s also super lonely. But one night, without warning, Marnie has a violent seizure; co-workers recoil in horror as she writhes on the floor. Two days later, Marnie wakes up in a hospital room. As her vision comes into focus, she sees 17 doctors and nurses dead on the floor, blood splattered everywhere.

Soon she discovers the shocking truth: Marnie has become lethal, and everyone who comes within three feet of her dies instantly! Which is really going to mess up her dating life (if she had one). Is there a cure? Will anyone ever get close enough to find out?